Marijuana & Pregnancy: Is it Safe to Smoke Weed? 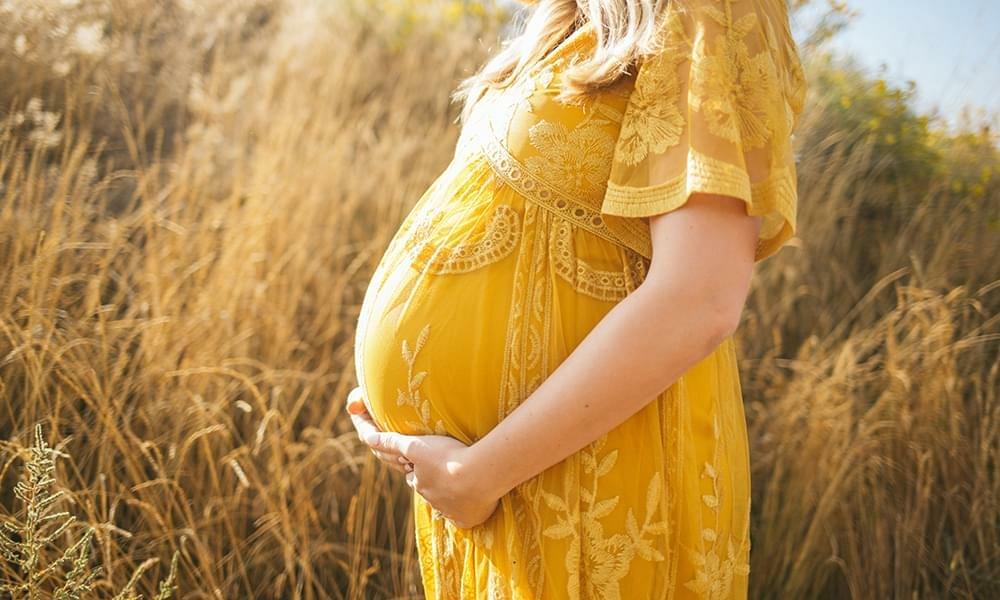 As more states continue to legalize marijuana, more people are using it in both recreational and medical capacities. This has also led to increased rates of smoking marijuana while pregnant. Due to long-standing laws and regulations, there have not been many tests conducted on marijuana and pregnancy. Because of this, there is now a deficiency in our understanding of weed and pregnancy that may later prove costly. Since the long-term effects of marijuana during pregnancy have yet to be fully understood, we've compiled what we know to help you better understand the current professional consensus.

Please note that, no matter what you read online, you should always consult a doctor if you have questions about your health and pregnancy. Nothing we provide throughout this article should be used as final medical advice - consult a medical professional before using marijuana while pregnant.

Is Smoking While Pregnant Common?

You may wonder if marijuana use during pregnancy is common enough to be a major concern. According to available polling, the answer is yes. The American College of Obstetricians and Gynecologists found that roughly 2-5% of women use marijuana while pregnant. This number increases for younger pregnancies. One study found that nearly 22% of females under 18, and 19% of females between 19-24 screened positive for marijuana use. However, it is difficult to know the true percentages because the same study also found the number of women that screened positive was double the amount that self-reported use. Recent polls also show that dispensaries have been overwhelmingly known to state that cannabis is not harmful to pregnant women. This is unfounded advice - please consult a medical professional, not a budtender, for advice about health and pregnancy.

The bottom line is that we don't know the lasting effects of using marijuana during pregnancy. According to the CDC, inhaling marijuana smoke can be bad for both pregnant women and their babies, in the same way smoking cigarettes can be harmful. Cannabis smoke still contains chemicals found in tobacco smoke, which may result in developmental issues for the child. However, many people have taken this to believe that edibles and vaping are safe to use while pregnant. The belief that the benefits of smoking weed while pregnant are safe, so long as you use a vape pen or eat edibles, is as unfounded as any other stance. As far as we know, smoking marijuana while pregnant is worse than consuming cannabis in other ways, but that doesn't mean THC still won't harm the baby.

Potential Issues of Pregnancy and Weed

Can you smoke weed when pregnant? As long as you are in a state where it is legal, you technically can. However, we advise you to consult a medical professional before making a final decision. Because there are limited studies and a wide range of potential issues, you are taking a risk if you smoke weed when pregnant. Some professionals argue any side-effects are nominal and that THC has yet to prove harmful to unborn children. There are, however, plenty of dissenting opinions.

A recent review of all relevant studies suggests there is little to no evidence that prenatal cannabis exposure leads to developmental and cognitive impairments. However, the literature on this subject is still relatively limited, and there may be other side effects that these types of reviews don't account for. Additionally, there are plenty competing opinions. A 2014 study conducted by the Colorado Department of Public Health found "moderate evidence" that marijuana use during pregnancy may result in decreased academic ability and both cognitive function and attention.

The most agreed-upon potential side effect of using marijuana while pregnant is lower birth weights and shorter pregnancy lengths. The risk of gestation reductions and lower birth weights are thought to increase when smoking weed during first trimester. Along with this, there is concern that marijuana use may result in smaller head circumference, stunted physical growth, and an increased chance of stillbirth.

The difference between medical and recreational marijuana comes down to what it's being used for. Just because medical cannabis is prescribed to help certain conditions doesn't mean it's not harmful during pregnancy. Two primary reasons pregnant women give for using marijuana is to alleviate morning sickness and combat anxiety. While studies have shown that marijuana can have a positive effect in combating nausea and anxiety, there are no scientific findings that support marijuana to be harmless during pregnancy. So, even if you are using cannabis for medical reasons or if you have a medical marijuana card, that does not mean it's any safer to use weed while pregnant - the same unknown side effects may still apply.

As the American College of Obstetricians and Gynecologists acknowledges, many individuals part of cannabis studies also use tobacco and/or alcohol. Because of this, it is nearly impossible to discern which effects are specifically cannabis-related. Additionally, a lot of studies are based on self-reported information. Since marijuana use is still widely considered a taboo, it isn't uncommon for individuals to lie about use. This, in turn, skews test findings.

Even though some studies have shown that cannabis may have negative effects during pregnancy, more tests need to be conducted before such findings can be fully substantiated. The results of a few tests are not enough to create a medical consensus. Until more tests are conducted and their findings addressed, it must be acknowledged that our overall understanding of the issue is limited. There does seem to be evidence that some negative effects exist, but more research is needed to truly understand the issue of cannabis use during pregnancy.

Despite its increasing popularity, marijuana remains under-researched. Hopefully, as more states legalize cannabis, it will continue to be better studied and more fully understood. The truth of our understanding of pregnancy and weed is this: we don't entirely know. If you are pregnant, please seek the advice of a medical professional before using any sort of drug, including marijuana.