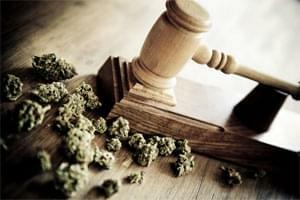 November 6, 2012 11:00pm CST -  Huffington Post shows voters are leading polls for passage of Amendment 64, legalizing marijuana in the state of Colorado. More specifically, this initiative legalizes the use and possession of up to one ounce of marijuana. With 42% reporting, polls show 53.2% in favor of the amendment. This is in stark contrast compared to an earlier initiative just six years ago, where 59% of the Colorado population voted against a similar amendment.

However in the recent years Gov. Bill Ritter introduced into law a bill legalizing medical marijuana. While only a small step forward at the time, this has cleared the path for legalization of recreational marijuana across all boards, including State Senator Shawn Mitchell who stated, "It’s clear the War on Drugs isn’t working, and we need to try different approaches to this in society.”

How exactly these initiatives will move forward remains unknown, however what is clear is that Colorado will be one of the first states to forge the path ahead for legalization of recreational marijuana.