THC Diamonds: What Are These Potent Cannabis Concentrates? 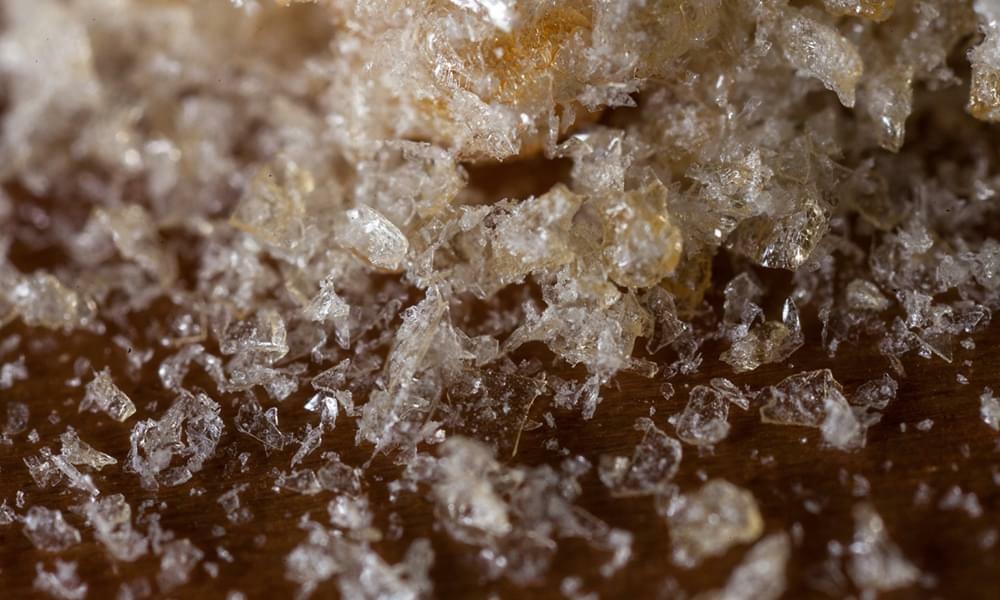 Whether it's because of price or prestige, marijuana connoisseurs often treat high-quality cannabis like it is a precious jewel. When it comes to marijuana concentrates, THC diamonds are a stoner's best friend. Sometimes referred to as THCA crystalline, cannabis diamonds are some of the most potent forms of marijuana currently on the market, often exceeding 97% total cannabinoids. Before we get too deep into diamond mining, jar tech, and the differences between THC and THCA, though, it is important to know the basics of cannabis concentrates.

What are Cannabis Concentrates?

For as long as humans have been consuming cannabis, people have been making cannabis concentrates. For centuries, early cannabis users made hash and extracted THC into wine to utilize the plant's medicinal and intoxicating substances without smoking huge amounts of low-grade grass. In the late 2000s and early 2010s, those tried and true extraction methods were brought into the 21st century thanks to research and development advancements in both the legal and illicit cannabis industry. Using butane, CO2, propane, or other regulated solvents, most extracts are made by pushing liquid solvent through finely ground weed, allowing the hydrocarbons to pull off the cannabinoids, terpenes, and other valuable compounds from the plant. That soupy cannabis slurry is then purged of residual solvents, leaving behind shatter, wax, crumble, and other dab consistencies depending on the process.

From there, some extract artists add additional steps of processing to further separate individual cannabis components like THC, CBD, or terpenes. While concentrates are typically associated with dabbing or vaping, these days extracts are used to make nearly every marijuana product.

What are THCA Diamonds?

In the new era of dab-ready cannabis concentrates, THCA diamonds are highly celebrated just like their jewelry store counterparts. That's because weed diamondsare almost pure THCA. By the end of the extraction process, THCA diamonds are usually only a few millimeters high and wide but are so clear, crystallized, and rocked up that they look just like precious jewels.

So what is THCA? Technically, the acronym stands for tetrahydrocannabinol acid. In layman's terms, THCA is an acidic precursor to THC, the compound that gives cannabis its intoxicating properties. But unlike THC, raw THCA consumed by itself does not get users high. So do THCA diamonds get you high? The answer is a resounding yes, but you'll need to add heat first. When THCA is heated up past approximately 220 degrees Fahrenheit, it is converted to THC. Typically, THC crystalline is mixed with liquid terpenes to create diamonds and sauce, a potent and pricey concentrate. Sauce is usually dabbed at low temperatures using a glass rig. Like other forms of concentrate, though, diamonds can also be mixed into a joint or blunt of flower or decarboxylated and used to make edibles, topicals, tinctures, and more.

How To Make THCA Diamonds

There are two main techniques used to produce diamond cannabis: closed-loop extraction and jar tech. No matter which technique you use, crystal THC production begins with a standard extraction process that uses butane or propane. In the closed-loop or crystalline method, the crude mix of solvent and cannabinoids is continually processed using molecular isolation to separate fats, lipids, and even terpenes from the concoction. Then, slight heat and pressure are applied to evaporate the remaining solvents, leaving behind nothing but pure THCA diamonds. The closed-loop diamond production process is incredibly complex and requires precise temperatures, solvent quantities, and environmental conditions to produce large boulders of crystallized cannabinoids.

On the other hand, jar tech is still incredibly difficult to perfect but does not require nearly as much processing or high-tech extraction equipment. After an initial butane or propane extraction, extract artists lightly purge the mixture, leaving 10-15% of the solvent in the THCA and terpene slush. At that point, extractors pour the mixture into glass jars and let it sit. Over time, the terpenes and THC will separate, leaving a layer of viscous liquid terpenes on top and, if all goes as planned, a firm layer of crystallized THC on the bottom. From there, the terpenes are poured off, and both the liquid and crystallized extracts undergo a short final purging process before they are ready to dab. Crystallized THCA can be produced using dried and cured cannabis, but most extract artists producelive resin diamonds because the frigid temperatures of fresh frozen flower are better at encouraging crystal growth.

Where to Find Different Kinds of Diamond Concentrates

Just a few years ago, THC crystals were relatively hard to find, but with more states going legal all the time and concentrates skyrocketing in popularity over the past few years, most licensed dispensaries around the country now carry some form of diamonds. When perusing your local dispensary's menu, THCA diamonds will usually show up in a few forms. As previously mentioned, the most popular form of dab diamonds is sauce. Named for its saucy consistency, sauce is made when THCA crystals are mixed with liquid terpenes. In most cases, the diamonds and terpenes in sauce are produced from the same strain and are re-introduced after the extraction process. When THCA sauce diamonds are on the smaller side, they will sometimes combine with the terpenes for a more sugary or jelly-like consistency.

Outside of sugar and sauce, crystallized THCA is also sold by itself, sometimes reaching 99% total cannabinoids. Unlike fragrant and flavorful sauce, diamonds by themselves have no taste or smell. Even without terpenes, the high concentration of THCA makes for an intense and immediate high when dabbed. If there's one thing to remember when buying and using crystallized THCA, it is to start slow. Diamonds are one of the most potent cannabis products available and you'll want to savor the experience.

Are diamonds one of your favorite types of concentrates? Let us know what makes the crystallized kush so desirable in the comments below!