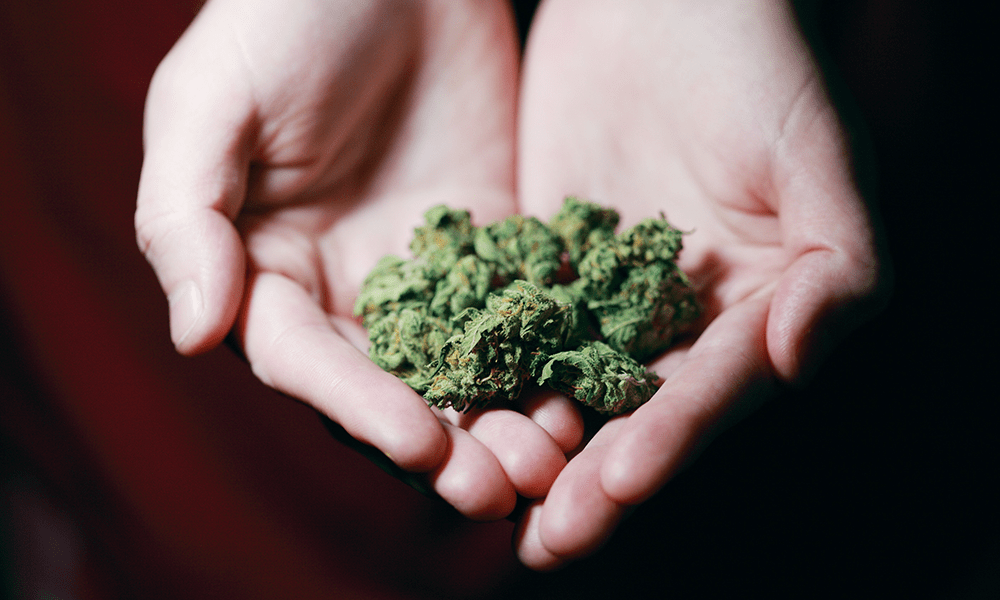 One of the more well-known medical marijuana stories in the cannabis industry, Charlotte was five years old when she was diagnosed with Dravet syndrome, a rare form of epilepsy that causes severe seizures. Her seizures became so intense and so frequent that she was placed in a medically-induced coma, at which time her family turned to local Colorado growers, the Stanley Brothers, to help supply them with a strain of medical marijuana that wasn't psychoactive. The marijuana worked miraculously, allowing Charlotte to live a normal life and experience only a few minor seizures every month while she sleeps. The strain that has helped Charlotte has become a very popular medical strain, and it has since been named "Charlotte's Web" after her by the Stanley Brothers.

There are many cases where medical marijuana helped, but this is a case of recreational marijuana use turning into a life-altering medical choice. From an early age, Rebecca Sewell has suffered from Complex Regional Pain Syndrome, a condition that causes uncharacteristically severe pain upon injury. Much still isn't known about this syndrome, so Rebecca spent many of her earlier years navigating the pain and attempts at combating it. She tried various treatments, including spinal and ganglion blocks, various medications, and a constant morphine drip, but nothing truly worked. By 2012, Rebecca was also combatting fibromyalgia, insomnia, diabetes and depression. Then, she began using recreational cannabis to help her relax in 2014. Over the next few years, she self-experimented with types and doses until she was confident enough to ween herself off all other medication. Today, Rebecca travels as an advocate for medical marijuana, her life regained after cannabis use.

Starting at nine-years-old, Zander Welton began experiencing violent seizures that stunted his cognitive development and resulted in severe physical limitations. His parents, Phoenix, Arizona residents, saw him through several surgeries that extracted portions of his brain and countless rounds of pharmaceutical drugs in an attempt to fight the seizures. Nothing worked until Zander's parents gave medical marijuana a try, giving him CBD oil and dried marijuana. Within months, Zander's seizures lighted up and both his cognitive and physical capacities increased drastically. Unfortunately, the Welton's had to stop giving their son medical marijuana treatments for a short while because a local prosecutor threatened that the AMMA guidelines did not allow for extracts. Along with the ACLU, the Welton's fought against Maricopa County to alter and clarify AMMA guidelines decriminalized medical extracts. Zander Welton, at the age of seven-years-old, died of complications due to seizures. While this story doesn't have the happy ending we hoped Zander to have, his mother is still an active supporter of medical marijuana, stating that the medication allowed him to enjoy his life in a fuller capacity than he ever would have been able to without it.

In 2013, 54-year-old Sharon Kelly had was diagnosed with stage four lung cancer. By the time she was examined and diagnosed, cancer had spread into her lymph nodes and her stomach lining. Sharon was given less than a year to live and was told by doctors that, at her stage, chemotherapy treatments would only make her even more ill. As a last resort, she turned to CBD oil, which she began taking several times a day, along with a healthier diet. After only a few months, Sharon's story became one of many positive CBD oil cancer testimonials. Seven months after she had been diagnosed with stage four cancer, Sharon tested cancer-free and has continued to remain so. Her recovery, free of any medical treatments outside of CBD oil, is a testament to the medical potential of cannabis.

Seven-year-old Beyla Pagano, from Long Island, was born prematurely at the dangerous age of 24 weeks. She was diagnosed with hydrocephalus, a buildup of cerebrospinal fluid in the brain; and at the age of two, she began suffering subsequent seizures that led doctors to believe she would never walk or talk. The opioids she was first given, in many ways, added to the problem, leaving her in a pervasive comatose state. Her family then turned to CBD oil, which quickly lessened the frequency and severity of her seizures and allowed her to walk and talk. Beyla's parents have been adamant activists in the fight for cannabis legality and medical coverage. Because her treatments were cannabis-related, her medication was not covered by insurance and the family had to pay premium prices.

Ashley Surin was diagnosed with childhood acute lymphoblastic leukemia when she was a toddler. She immediately underwent chemotherapy and spinal injections in an attempt to combat her cancer. While the doctors managed to force her cancer into remission, an unfortunate side effect of the spinal injections was chronic seizures. Over the years, many attempted medications helped with the seizures, but Ashley's seizures didn't go away until she began using a combination of cannabis oil lotion and THC patches. When Ashley was 11, her school sent her home and didn't allow her to return because she was actively wearing cannabis products in her classroom. Finally, in 2018, Ashley helped changed Illinois legislation when a federal judge okayed her to bring prescription marijuana to school.

Hopefully, these stories have inspired and shed some light on the possibilities of medical marijuana, and these are only a few examples of success stories. Please comment below with any stories you've experienced or heard of about medical marijuana being used to better the lives of patients and their families.