THC and CBD: What is the Difference? 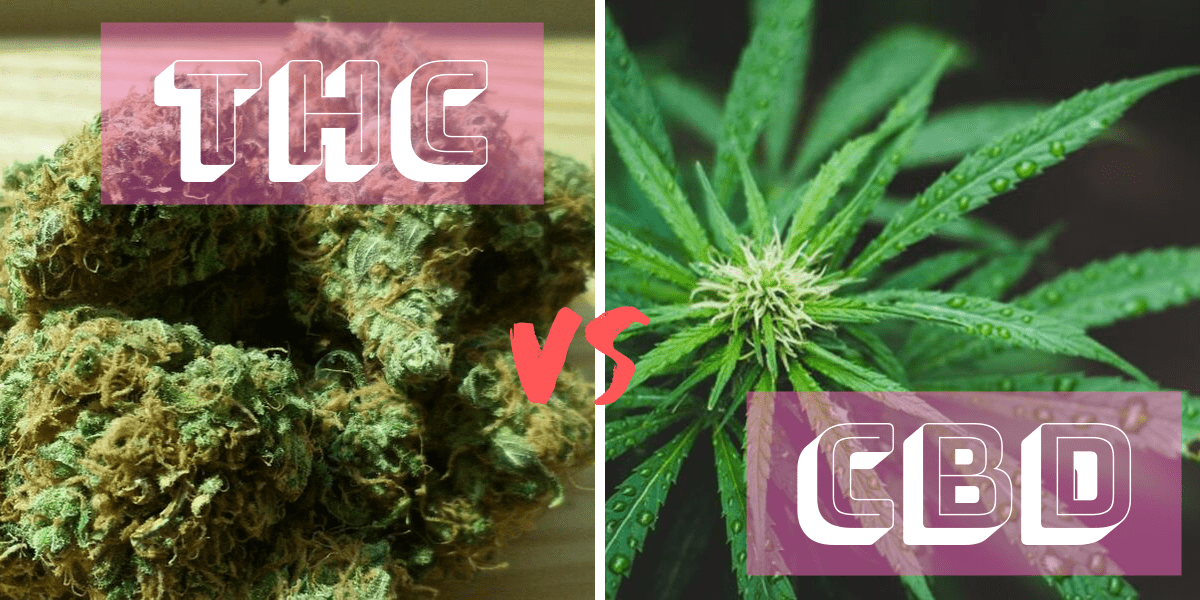 Out of the 100+ cannabinoids that have been isolated by researchers from cannabis- the plant genus that includes both hemp and marijuana - the two best known cannabinoids are tetrahydrocannabinol (THC) and cannabidiol (CBD). Cannabis aficionados, and increasingly the general public, know them because they are the two compounds which have the greatest effect on the human body when enjoying marijuana. A major difference between the two cannabinoids is that THC is predominantly found in marijuana and CBD is found in both marijuana and hemp plants. Another difference between CBD and THC is that while THC will get you high, CBD has no psychoactive affect and is understood to provide only therapeutic benefits.

The Endocannabinoid System and Cannabis

Cannabinoids affect the human brain and body in a variety of ways but do so primarily through interactions with the endocannabinoid system. This vast network assists with the regulation of our body's physiological function and response. Cognitive functions and other physical indicators such as energy, mood, sex drive, appetite, pain perception and more are all connected to the endocannabinoid system. Research initially suggested endocannabinoid receptors were only present in the brain and nerves, but scientists have detected receptors throughout the body, including our vital organs, skin, immune cells, bone, fat tissue, skeletal muscle, blood vessels and gastrointestinal tract. When the body takes on a cannabis product, cannabinoids enter the bloodstream and circulate throughout the body and into the brain. The cannabinoids then link with and activate special neurons that then produce changes across the entire neurological system.

Chemically speaking, both CBD and THC molecules are practically identical with only a minor variation and both share the same chemical formula of C21H30O2. That's 21 carbon atoms, 30 hydrogen atoms and two oxygen atoms. Despite the identical chemical formula, a difference in the arrangement of the atoms means that CBD and THC interact differently with the Type One cannabinoid receptors (CB1) in the body and produce opposite effects. THC is able to bind directly with the CB1 receptors and affect the brain (this is where the psychoactive aspect begin) but CBD effects are not psychoactive because it does not bond with the receptors. In fact, CBD is actually considered an antagonist to compounds that bind with CB1 receptors. It can interfere with the binding of THC and subsequently dampen the psychoactive effects. No matter how much CBD is consumed it can never cause a high and when consumed, as it acts to suppress the CB1-activating qualities of THC.

Where Do We Find THC and CBD?

THC and CBD are located throughout the flowers, stalks and seeds of both marijuana and hemp to different degrees. THC is most plentiful in marijuana and CBD is present in higher quantities in hemp, which is the primary source of the CBD in CBD oil products. THC dominates marijuana's chemical makeup and over the years it has been manipulated and cloned specifically to increase its THC concentration and produce powerful intoxicating effects. While THC content can be as low as 3% in marijuana strains today average around 12 percent THC with some containing as much as 30% THC. Hemp's chemical makeup is dominated by CBD with a THC content usually around 0.3%.

What Are the Health Benefits of CBD and THC?

CBD and THC have several similar medical benefits and can provide relief from many of the same conditions. However, some people may prefer to use CBD because of the lack of the psychoactive effects which are present when using THC. There is both anecdotal evidence and scientific studies that link the use of CBD oil to a decrease in anxiety and depression. Patients with multiple sclerosis have reported significant pain relief thanks to hemp oil with CBD and individuals suffering from the most difficult types of pain to treat are also finding comfort in the use of CBD. In June of 2018, the Federal Drug Administration (FDA) approved Epidiolex, the first prescription medication to contain CBD. It's a CBD-based oral solution that has been proven to assist children suffering from seizures due to a rare form of epilepsy. The benefits of CBD can also work to decrease the joint inflammation associated with arthritis and protect the nerves. Like CBD, THC is used to deal with muscle spasticity and pain, but also glaucoma, low appetite and nausea. It has also been found to inhibit an enzyme implicated in the formation of beta-amyloid plaque, which is a key indicator for Alzheimer's-related dementia. More studies are beginning to come out that hint at THC having even more medicinal benefits than previously thought.

The Legal Status of CBD and THC

Marijuana and THC are both listed in the U.S. Controlled Substances Act and prohibited under federal law. Thirty-three U.S. states and Washington D.C. have passed their own cannabis laws that permit the use of medical marijuana with high levels of THC if it is prescribed by a physician. Eleven of those states and Washington D.C. have also legalized the recreational use of marijuana and THC.

CBD's legal status is not so straightforward. CBD itself is not listed under the Controlled Substances Act and even though hemp-extracted CBD was legalized by the 2018 Farm Bill, CBD derived from marijuana remains illegal unless you get it via a state-regulated medical marijuana program or purchase it in a state that permits recreational marijuana use.

How THC and CBD Work Together

Researchers are becoming more aware of the different ways in which the two cannabinoids interact with the body, but there is also growing interest in how the two work in synergy. There is a general consensus that the benefits of THC and CBD together relate to something known as the "entourage effect." It is analogous to "the whole is greater than the sum of its parts." In other words, when working harmoniously, everything that composes the plant is more effective than one specific compound in the plant. In order to receive the greatest therapeutic benefit, all the compounds in cannabis should be harnessed - not just one. Anecdotally, weed users have reported that CBD can modulate the psychoactive effects of THC and operate as an antidote to the anxiety that can accompany a very strong high. The THC can provide the euphoric feeling and the CBD can work to temper the body's reaction and maintain balance.

Have you noticed any medically beneficial effects from CBD? How about THC? Do you take THC and CBD equally or do you prefer one to the other? Do you use CBD oil or do you look for flower that has high levels of CBD? Let us know what THC and CBD are doing for you in the comments section below.