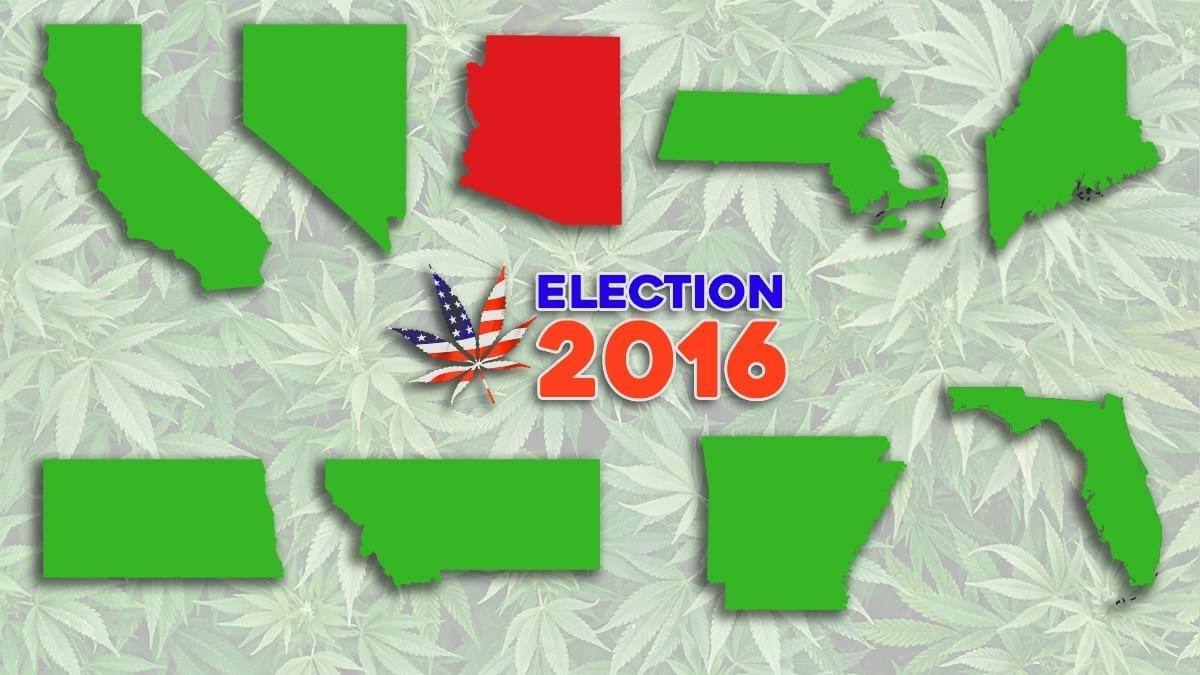 Last night's election turned out to be a tense race, and while many were left disappointed, the election turned out to be a big victory for marijuana reform in several states. Most notably, California passed Proposition 64 or the "Adult Use of Marijuana Act" which legalizes recreational marijuana for adults over 21. Obama and many others believe that California and other states legalizing is the tipping point for federal marijuana, though with a drastically different presidential cabinet taking office soon, only time will tell. Massachusetts, Maine, and Nevada also legalized recreational marijuana last night, but Arizona's proposition did not gain enough votes to pass. Over half of US states have a legal medical marijuana program to some degree, and last night Florida, North Dakota, and Arkansas passed new medical marijuana laws. Montana voters also chose to lower restrictions on their current medical marijuana law.

California has long been seen as a bellwether by both supporters and opponents of marijuana reform. The state is home to about 12 percent of the U.S. population. Given the size of the state's economy and the economic impact of the marijuana industry there, California's adoption of legal marijuana could prompt federal authorities to rethink their decades-long prohibition on the use of marijuana.

With today's votes, legal marijuana is also making significant inroads in the Northeast. “Marijuana legalization has arrived on the East Coast,” said Tom Angell of the marijuana reform group Marijuana Majority in an email. “What Colorado and other states have already done is generating revenue, creating jobs and reducing crime, so it’s not surprising that voters in more places are eager to end prohibition.”