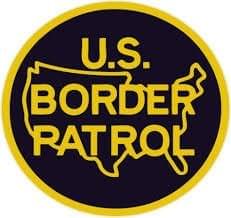 Prohibition is not only taking it's toll on Americans, but also Canadians who are trying to cross the border and are maybe a little too open about their past. Matthew Harvey is just one of several who have been stopped at the border coming into the U.S. and then banned after admitting to a customs agent that he has smoked marijuana recreationally at one point before he got his medical marijuana card. It's important to note however that Harvey did NOT have any marijuana on him, and his admission of marijuana use was purely a historical event. According to U.S. law, any foreign national who admits to violating his country's controlled substance laws at ANY point can be barred from entering the U.S. Meanwhile, there are states in the U.S. selling both recreational and medical marijuana. Canadiana legislators hope to legalize marijuana in 2017, but will users be able to safely travel to the U.S. without worry of being banned?

"This does seem to be quite a ludicrous situation, because, as you say, not only is the state of Washington, but three or four other jurisdictions in the United States have legalized marijuana," Public Safety Minister Ralph Goodale told CBC News.

"There are certain ironies about the current American position that we will certainly be very vociferous in putting before them," said Public Safety Minister Goodale, "and trying to ensure that Canadians are treated properly and fairly with a lot of common sense, instead of the rather ridiculous situation that's emerged in the last number of days."