Whatâ€™s in Your Weed? 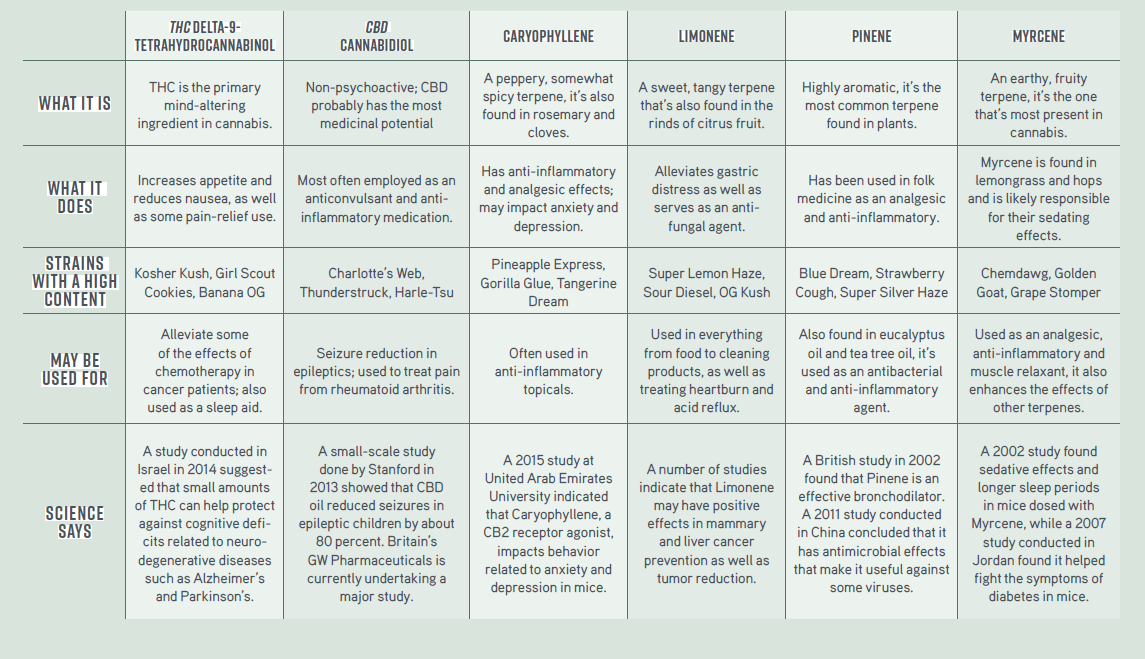 If you've smoked marijuana for some time now, you're probably aware of the two primary compounds, THC and CBD. But how familiar are you with the other active compounds and terpenes that effect the taste, smell, and overall feel of the drug? Research on marijuana and it's compound has remained limited due to the DEA's strict schedule 1 classification, but headway is being made in other countries to help us understand what we're putting in our bodies. The attached chart features several common terpenes found in popular cannabis strains, what kinds of effects they have on the user, and what studies support the notion.

There are more than 80 active chemicals in a marijuana plant, but some are more important than others. The big two are the cannabidiols, colloquially known as THC and CBD, which are where the bulk of the medical (and, um, recreational) effects come from. Terpenes are what give marijuana flavor—it’s what makes Orange Crush taste and smell different than your Vanilla Kush—and are present in many other plants.