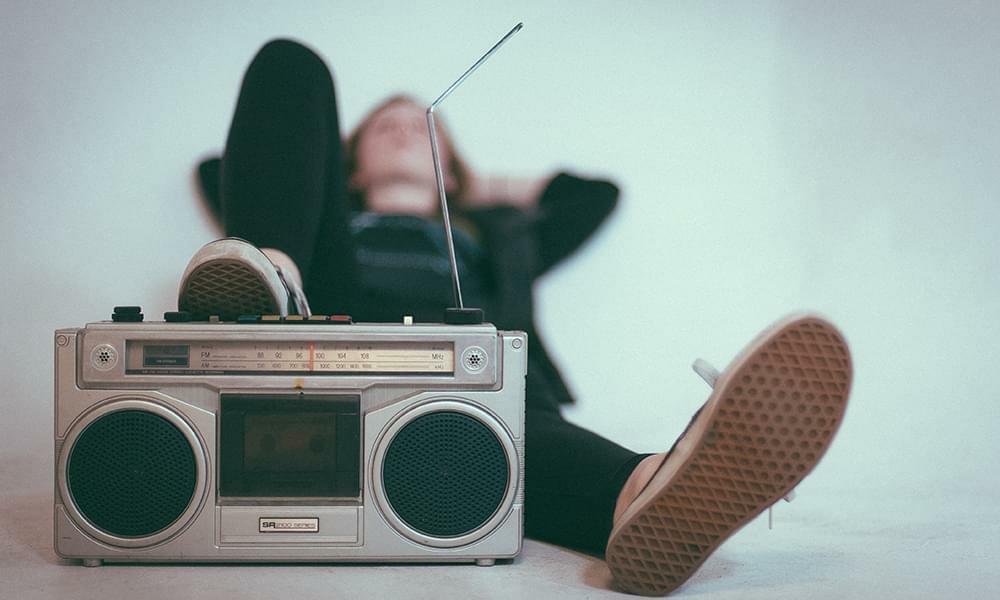 Peanut butter and jelly, apple pie and vanilla ice cream, Bert and Ernie. Some things are just made for each other. At the top of our dynamic duos list? Marijuana and music.

Whether it's from a stereo in the comfort of your own home, inside headphones while walking down the street or at a packed concert, listening to music is the perfect complement to cannabis. There's nothing better than songs that makes you feel high, paired with your favorite strain.

But more than just a caricature of stoners getting lost in endless Grateful Dead tunes, there is now growing scientific research suggesting that your favorite chill weed songs are actually accentuated by the sweet leaf. Are there actually songs that get you high? What are the best songs to listen to when you're high? Sit back, roll up and put on your favorite weed smokers songs, because we've got answers to all that and more of your burning questions about the intersection of joints and jams, as well as a hand-picked selection of great songs to listen to while high.

Like to play video games or watch a binge-worthy series on TV? So do we. Check out two of our latest articles on Top Video Games to Play While High and Top TV Shows & Movies to Stream While High.

Music That Gets You Higher

Thanks to continued federal cannabis prohibition, studying pot has long been difficult for scientists and universities looking to research weed and its effects. Just like marijuana consumption, the feds haven't been able to stop all weed research. When it comes to music that gets you higher, or at least songs that make you feel high, German university professor Jorg Fachner is the man to listen to.

In his research paper, "The Space between the Notes: Research on Cannabis and Music Perception," Fachner hypothesized that marijuana's ability to slow and expand the perception of time, which is a relatively common concept for anyone who's got stoned and wondered how a two hour movie felt like a 5 hour epic. This could explain pot users' extra special experience listening to songs while high.

"When your time perception changes, your focus of attention changes," Fachner surmized. "So when you put on a stereo headset you might have an enhanced ability to select certain information and disregard other information, which could help distinguish the individual sounds a bit more intensively."

Back in 2002, Fachner performed another study using an electroencephalogram (EEG) machine to measure subjects' brain waves while they were listening to music, both sober and after smoking weed. At the end of the study, Fachner found that the cannabis listening sessions showed changes in parts of the brain responsible for auditory processing, attentional strategy and spatial processing.

"Results represent an inter-individual constant EEG correlate of altered music perception, hyper-focusing on the musical time-space and cannabis-induced changes on perception of musical acoustics," Fachner wrote in the conclusion of that study, also noting that "Cannabis might be of help for hearing impaired persons.

Those ideas were backed up in a much older study from 1976. In that research, scientists concluded that cannabis did not improve subjects' ability to actually hear music but weed did help listeners process what they were hearing.

The Best Songs to Smoke Weed To

So it looks like cannabis can certainly help slow our minds and pay closer attention to music, but are songs about getting high or trippy songs to listen to while high really better at enhancing your cannabis experience?

If you listen to Fachner, it has less to do with the music itself and more to do with the listener. While some may think stoner rap like Cypress Hill, Wiz Khalifa, and Snoop Dogg make the best songs while high, that doesn't discredit someone else who thinks country tunes from Willie Nelson or heavy metal from Slayer are the best songs to get high to.

"[Marijuana] works like a psycho-acoustic enhancer. That means you are more able to absorb, to focus on something, and to have a bit of a broader spectrum. It doesn't change the music; it doesn't change the ear functioning. Obviously it changes the way we perceive ear space in music," Fachner told Vice in 2016. "It also changes time perception, and if you listen to music, it is a time process, so if you have a different time perception of course you will listen differently to music."

But with that change in auditory perception and reduced inhibitions, cannabis can certainly make room for closed minded people to enjoy new forms of music that they previously disregarded. If you've been stuck on the rap radio station or can't get out of a country rut, weed might be just what you need to expand your horizons.

Best Songs to Get High To

Got a favorite song to listen to while high? Let us know in the comments below!