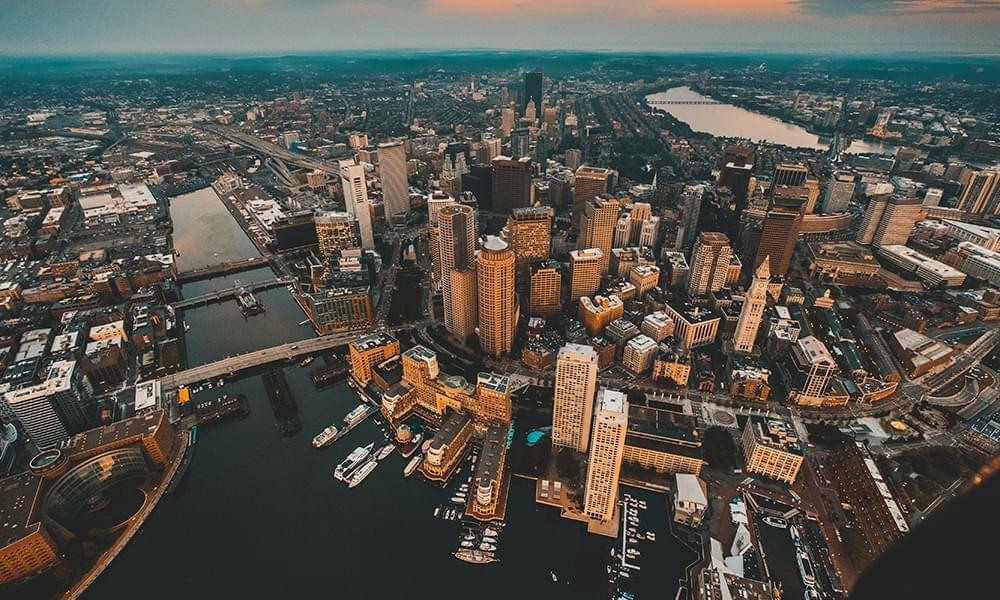 Adult-use cannabis dispensaries across Massachusetts will be allowed to re-open and offer curbside retail service next week after two months of forced closure issued by Governor Charlie Baker. The dispensary re-openings are included in phase one of Gov. Baker's newly announced four part plan to slowly ease the Bay State's coronavirus-fueled social restrictions.

In March, as states and cities around the US issued stay at home orders for citizens and shuttered non-essential businesses in response to the looming threat of COVID-19, cannabis dispensaries quickly became a point of political contention. In states like California, Michigan, and Oregon, adult-use marijuana sales were deemed essential and dispensaries were allowed to remain open. Likewise, medical-only programs in Pennsylvania and Oklahoma were also given essential status and allowed to remain open. In Massachusetts, Governor Baker split the difference and closed recreational cannabis businesses, while allowing the state's medical marijuana industry to continue operating.

Specifically, Baker ordered adult-use cannabis businesses across the Bay State to shut their doors on March 24th. In an interview with theAssociated Press that week, the Governor said that recreational dispensaries attract weed consumers from nearby states where total prohibition is still the rule of law. Due to COVID-19's highly contagious nature, Gov. Baker said he was not willing to even tacitly encourage interstate travel.

"Significant numbers of the customers who procure cannabis at recreational marijuana dispensaries in Massachusetts are not from Massachusetts," Baker told theAP. "Making those sites available to anybody from the northeast would cut completely against the entire strategy we're trying to pursue."

Businesses across the state complied with the Governor's orders, but because federal prohibition prevented marijuana businesses from procuring expanded COVID-19 business loans, Massachusetts dispensary owners were left empty-handed. As the stay-at-home order continued, state cannabis regulators attempted to persuade the Governor's office to make a special exception for dispensaries, but to no avail. In April, a group of dispensary owners joined together to file a lawsuit against Gov. Baker in an attempt to reverse the mandated business closures with the help of a judge. Eventually, the lawsuit fell flat as well, with a superior court judge siding with Gov. Baker.

Because the state's medical marijuana dispensaries were deemed essential and have remained open, the past two months have seen a record uptick in MMJ applications. In fact, tens of thousands of new Mass. residents have been recently certified as medical patients. But while medical dispensaries have seen a boost to their business, rec dispensary owners worried that a prolonged shut-down could bankrupt the state's adult-use industry entirely.

"Adult use cannabis is an important therapy for many customers who cannot be on a state registry for a federally illegal product and can help reduce the burden on the public health system for those suffering from pain, anxiety, sleeplessness and other debilitating conditions - at a time when it is needed the most," a statement issued to the Governor from Boston-based dispensary NETA in mid-April read. "Allowing adult use access to only Massachusetts residents while abiding by the comprehensive store safety protocols that are already in place, would benefit many individuals who cannot afford medical registration fees, veterans who cannot be on the registry, as well as others who rely on state-tested alternatives to opioids and cannot navigate the regulatory process."

Now, as barbershops open in Georgia and people flock to beaches in California, Gov. Baker has released a long-term, four phase plan that will allow Bay State residents to get back to some semblance of regular life. The first phase, set to take effect May 25th, includes the re-opening of non-essential retail businesses (like adult-use cannabis dispensaries), so long as they keep storefronts closed and make all transactions at the curb or in parking lots. And after two months bleeding money with locked doors, Massachusetts dispensaries are just happy to safely get back to work.

"We appreciate this gesture of confidence by the [Baked] Administration and believe it is reflective of our industry's commitment to workplace and consumer safety, as well as our history of compliance and significant regulatory oversight," David Torrisi, president of local cannabis business group the Commonwealth Dispensary Association. After Baker's phased plan was announced, Torrisi told reporters atBoston.com, "We have long maintained that adult-use retail facilities are uniquely prepared to safely operate as we combat the spread of COVID-19 as our industry has successfully done so on the medical side."

In addition to curbside pick-ups of all non-essential retail items, Gov. Baker's first phase plan calls for all Bay State businesses to require employees wear masks, sanitize frequently, maintain social distancing and create a concrete plan to follow if a worker does contract the virus. If all goes well with curbside retail sales, Governor Baker said that phase two of his reopening plan could roll out as soon as the end of June. In phase two, dispensaries and other businesses will be able to allow customers into their stores, but only if they follow strict occupancy guidelines and social distancing rules.

Of course, due to the unpredictable nature of COVID-19 and individual business complications, it is yet to be seen if Massachusetts first phase of re-openings will go as planned. But for Bay State cannabis businesses and consumers, the return to at least some semblance of normalcy is a welcome sight.