Is Mexico the Next Country to Legalize Marijuana? 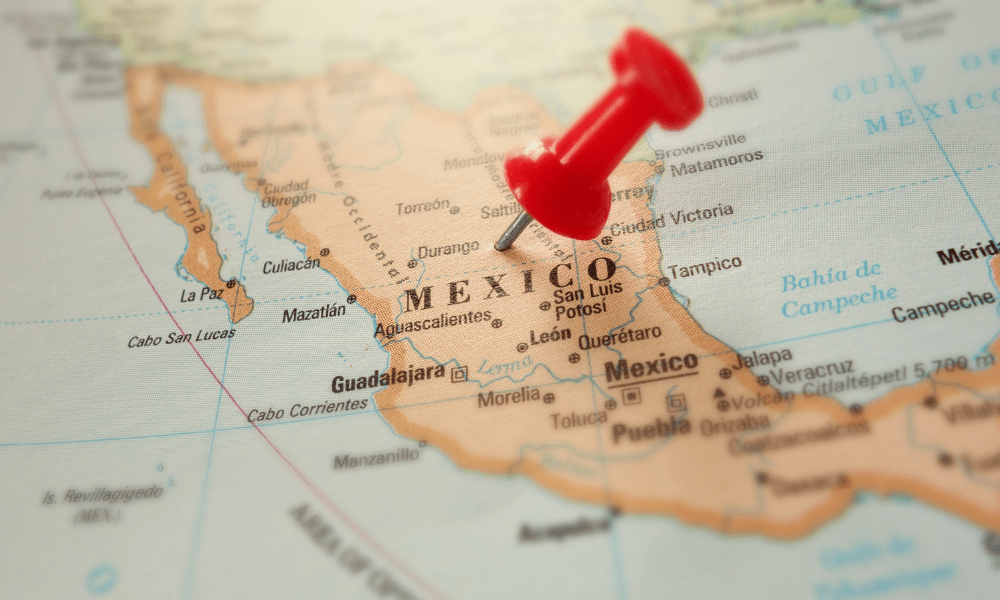 There are plenty of reasons why Mexico is the seventh-most visited country in the world by tourists. Stunning Caribbean and Pacific beaches, mist-shrouded mountains, mysterious Mayan and Aztec ruins and a phenomenal cuisine draw millions to the U.S.'s southern neighbor each year. It's by far the most popular destination for Americans traveling abroad and around 30 million head south to Mexico for a holiday every year. That number has suffered a bit because of COVID-19, but Americans are again beginning to enter the country en masse, and thanks to an energized legislative and populist push to change Mexican marijuana laws, they may soon be able to enjoy all of the attractions of Mexico complemented by a legal cannabis experience.

Marijuana in Mexico: A Brief History

Cannabis arrived in Mexico via Spain in the early 16th century as the Spanish attempted to expand their empire. The new plant was welcomed by the indigenous population because of its usefulness for making rope and cloth and also because of its psychoactive properties. Many groups inhabiting the region already used mushrooms, peyote and other natural mind-altering substances in religious rituals and cannabis was quickly embraced into the fold. By the time Pancho Villa's army of revolutionaries marched on Mexico City in 1914, the popular song "La Cucaracha" - about a symbolic cockroach that can't walk because it doesn't have any marijuana to smoke - was being sung by millions across Mexico and cannabis was widely used across the country.

Meanwhile, the first law prohibiting marijuana passed quietly in California in 1913. It was a xenophobic response to rising immigrant populations from Mexico and from East India. In turn, under pressure from their forceful northern neighbors and a ruling elite that viewed Mexican cannabis consumption as dangerous and uncouth, the Mexican government banned the production, sale and use of marijuana in 1920. Cannabis production in Mexico went underground and when the Hippies of the 1960s took to marijuana in droves, it blossomed. Despite strict U.S. policies against the plant, its use quickly spread and demand for weed from Mexico exploded. In 1969, President Nixon ordered "Operation Intercept" in conjunction with the fall harvest to attempt to stop the flow of marijuana across the southern border. That failed operation led to his infamous declaration of the "War on Drugs" two years later.

Over the course of the next few decades, independent Mexican weed farmers were eventually taken over and controlled by cartels. This has resulted in a culture of extreme violence as rival cartels fight for territory and control of supply routes. Fortunately, there is hope that increasing legalization in the U.S. and a change to Mexico marijuana laws can finally ease some of the violence that has long plagued Mexican citizens.

On October 31, 2018, the Mexican Supreme Court overturned the ban on recreational cannabis use saying, "the fundamental right to the free development of the personality allows the persons of legal age to decide - without any interference - what kind of recreational activities they wish to carry out and protect all the actions necessary to materialize that choice." Federal legislation prohibiting cannabis remained but became unenforceable because Mexicans could just cite the ruling and their charges would be thrown out. The ruling was also believed to have been prompted by the populace's fatigue from the incessant violence from the failed War on Drugs, the influence of increasing legalization in a number of U.S. states and the well-publicized situation of Graciela Elizalde. Elizalde suffered from severe epileptic seizures and her parents were granted an exemption by the government to allow her to receive cannabinoids for treatment. After taking cannabidiol (CBD) for one month, the eight-year-old was finally able to sleep through the night. Mexico marijuana news was beginning to change from negative to positive.

The 2018 decision mandated that the Mexican Congress move to formally legalize cannabis by changing laws that contradicted the Court's decision. These included the right to recreationally grow, possess and use cannabis. As with many legislative bodies, action in congress has been slow and the Court recently again asserted its authority when it gave congress until December 15 to draft legislation to legalize recreational use. The current head of the ruling party in the senate, Ricardo Monreal, recently said that cannabis legalization is one of his priorities and he is confident that a law legalizing the recreational use of pot and also regulated sales in the private sector (dispensaries in Mexico?!) will be approved before December. After two years, Mexico is nearly to the point where it can emerge from an ambiguous period of uncertainty (Supreme Court decision vs. the actual laws on the books) and true Mexico legalization can be achieved.

Negotiations between senators, protests about fairness from activists and COVID-19 have all delayed the bill's progress since drafts emerged earlier this year. Here is the latest on the current version of the bill:

This sea change south of the border will have a dramatic impact not only in Mexico but also here in the U.S. Cannabis firms in the U.S. will need to establish themselves as national brands in order to compete with what will most certainly be a surge in Mexican cannabis brands. This - and the fact that the U.S. will soon be sandwiched between two countries that have legalized weed at the federal level - will put pressure on Washington to catch up and establish federal legality. Mexico will become the biggest country in the world where recreational cannabis is legal, and ideally, the money from cannabis will shift from illegal cartels to the legal market, and the tax revenues (some estimates show over $1B of new, annual taxable income) will boost the struggling economy. Jobs will be created; tourism will increase from border states like Texas where cannabis is illegal and - perhaps most importantly - the social stigma of cannabis use will gradually wane.

What do you think of Mexico's marijuana legalization? Let us know in the comments below!