What is the Difference Between Joints, Blunts and Spliffs? 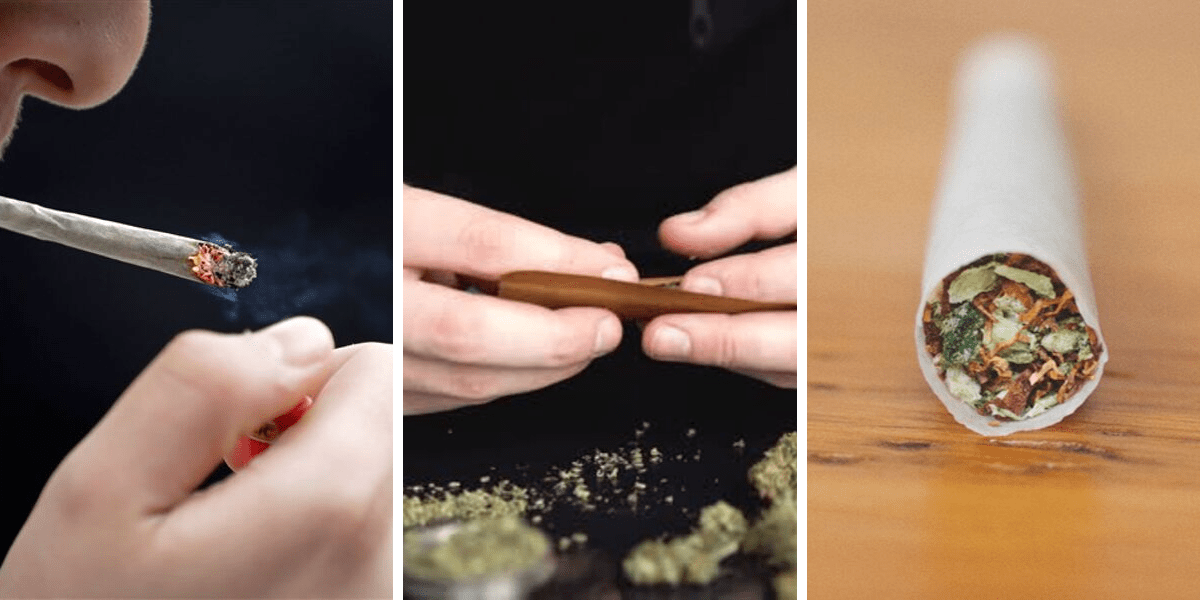 At some point in your weed-smoking career, you may mix up blunts, joints, and spliffs. Some people use these terms interchangeably, substituting one term for another.

However, spliffs, joints and blunts are all separate and distinct ways to smoke weed, each with their own cultural backgrounds.

If you live in Canada or the United States, joints are probably the smoking device you’re most familiar with. A joint is pretty simple: pure cannabis rolled up in thin paper. Often times a filter will be rolled into the joint to form a makeshift mouthpiece to filter the smoke and keep little bits of cannabis from getting in your mouth. (They’re usually made of cardboard or paper stock, frequently a bit ripped off a business card.)

Of the three ways to smoke, joints are the most unadulterated. There’s no tobacco or filler added to a joint — just finely ground cannabis. There are all sorts of options when it comes to choosing rolling paper — Zig Zags, Raws, hemp paper and more! However, they all serve a similar purpose: to tightly wrap the weed. The advantage of a joint is its simplicity. They are portable, lightweight  and easily concealed.

Spliffs, on the other hand, are a bit less simple. Geographically, the origins of spliffs and joints are separated by the Atlantic Ocean. Spliffs are common in Europe and England but are less prevalent in North America. Joints dominate the scene in North America but the high cost of flower in England lowers their popularity.

So, what is a spliff? It is a mixture of cannabis and tobacco rolled into a thin rolling paper. To some readers, this may sound like a waste of good weed, while others may smoke nothing but spliffs. The biggest advantage to spliffs is that they increase the longevity of your cannabis while moderating the process of getting high. Because there’s less weed rolled in the spliff, smoking it is going to get you less high than if you were smoking a pure cannabis joint.  Also, tobacco is a mild stimulant which helps counteract the sedative feeling of marijuana.  For this reason, many users find spliffs to be the optimal way to smoke cannabis.

Blunts are an interesting and creative synthesis of the two. A blunt is made from either a flat tobacco leaf wrap or a hollowed-out cigar, which is then filled with pure cannabis. This smoking option avoids having to mix two substances into the rolling material while maintaining the cannabis-tobacco combination, since cigar/blunt paper is traditionally dried tobacco leaf.

Blunts are perhaps the hardest of the 3 to roll and may take a bit of getting used to. Tobacco leaves often dry-out quickly, making them easily crack or break when rolled improperly. While joint rolling papers are all fairly interchangeable, there is an ongoing (and likely never-ending) debate about which blunt wrap is the best. Perennial contenders for the popularity crown include Backwoods, Swisher Sweets, or Phillies.

Which one is the best?

While it’s important to note that any amount of smoking carries some inherent risk, joints are probably the healthiest for you due to their low tobacco content. Between spliffs and blunts, it’s hard to say which is better for you. They both contain tobacco, which is more of a carcinogen than weed and also carries with it higher addiction potential.

Beyond that, it really depends what you’re looking for. Flavor-wise, joints are the way to go as the non-adultured cannabis allows you to get the full spectrum of flavor contained in the cannabis. However, individuals who switch to blunts or spliffs sometimes never go back! Research has shown that the addition of tobacco makes the THC in weed hit a bit stronger and many people truly do prefer the high. Blunts are probably the hardest to roll but also tend to be the biggest, so if you’re in the mood for a  big session with many hungry mouths to feed, a blunt is going to be your best bet. Like anything, it’s best to test alternatives (safely and legally) for yourself — you may even find a new favorite way to smoke!

What is your favorite way to smoke? Leave us a question or comment below and tell us what you think!