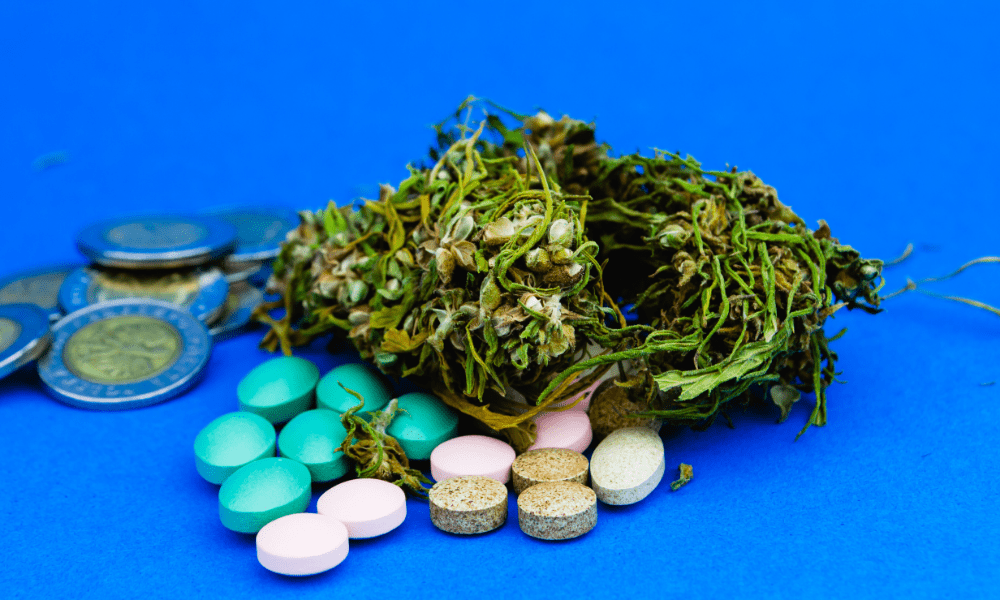 The United States is battling an unprecedented opioid epidemic, one that has been exacerbated by our current medical system and defined by millions of affected users. For the past two decades, opioids have been heavily prescribed for pain management - but the current epidemic has people looking for safer alternatives. With marijuana laws changing rapidly and a total of 33 states sporting legalized medical marijuana, cannabis may be a safer, healthier solution.

The current epidemic began in the late 1990s, when pharmaceutical companies led campaigns to increase opioid use. They convinced the medical system that opioids were safe and non-addictive in nature - they lied. Heavier, more frequent opioid prescriptions led to wide misuse and a large transition from prescription drugs to heroin. By 2017, when the U.S. Department of Health and Human Services declared a public health emergency, hundreds of thousands of lives had already been lost. Annually, over 46,000 people die from overdosing on opioids (that's over 130 per day), more than 800,000 people use heroin, 2 million people have an opioid use disorder (26-36 million worldwide), and 10.3 million people misuse prescription opioids.

The Dangers of Opioid Use

Opioids are commonly designed to provide relief for chronic and severe pain, and they can also lower respiratory rates and decrease depression and anxiety (when taken responsibly). The most commonly prescribed opioids include hydrocodone, oxycodone, oxymorphone, morphine, codeine, and fentanyl. Nearly half of annual lethal drug overdoses are caused by opioids, with more due to prescribed pain medication than heroin. Here are some of the main health concerns that come with opioid use (especially when abused):

Beyond these health risks, opioid addiction can lead to an aggressively unpleasant, even fatal, withdrawal. Additionally, sharing heroin paraphernalia, like needles, can lead to the spread of disease and increased risk of infection.

Opiates are derived from the poppy plant, are naturally occurring, and include opium, morphine, and codeine. Opioids, on the other hand, are at least partly synthetic and not found in nature. While there is a technical difference, both opioids and opiates can lead to the same health concerns, addiction, and withdrawal or overdose. Both have played a role in the current epidemic.

Cannabis as an Opioid Alternative

Since opioids have proven to be a danger to national health, cannabis is increasingly sought after as an alternative. But, does marijuana help with pain relief? Can it be used as an oxycodone replacement? Can hydrocodone and weed have similar medical benefits? These are all significantly important questions in the wake of understanding a way out of this epidemic.

Because there's a relatively small body of research behind marijuana pain relief effectiveness, the medical community has yet to back cannabis as an official opioid substitute. However, there is a growing consensus that using cannabis for pain relief may prove beneficial - the answer to "does weed help with pain?" seems to increasingly be yes.

A recent survey published in the Journal of Psychoactive Drugs reported overwhelming support of medical marijuana by users. Their findings show that individuals using cannabis for medicinal purposes have greater trust in medical cannabis and feel better treated in comparison to mainstream healthcare options. Medical marijuana users also find cannabis to be cheaper, less addictive with fewer side effects, and more effective than traditional pharmaceutical drugs.

Beyond users' opinions, there's a growing body of scientific work that underlines the direct impact medical marijuana has on opioid use. A 2019 study found that states with medical marijuana observed a lower rate of opioid prescriptions, and that chronic, high-risk, and general opioid use decreased wherever medical marijuana is available. Another study showed that over 45% of people previously prescribed benzodiazepines (a sedative with several adverse side effects) stopped taking the drug after three months of medical marijuana use. Not only are the benefits becoming more self-evident, but the science behind such use is affirming cultural relevance.

Below, we answer questions frequently asked by individuals unfamiliar with marijuana, especially in relation to medical use.

Marijuana is derived from the hemp plant (cannabis sativa) and has been used recreationally and medicinally for thousands of years. The two primary components of marijuana are CBD and THC. CBD does not cause the "high" associated with THC and is used medicinally to ease pain, decrease anxiety and depression, prevent seizures due to epilepsy, and help with PTSD symptoms. CBD is now federally legal in the United States. THC is a chemical compound known for its psychoactive effects. However, it's also thought to provide similar medicinal benefits as its CBD counterpart, which is why advocacy for the use of marijuana for pain relief continues to grow. That being said, because the medicinal uses of THC and CBD are still points of study, you should consult a medical professional before using any cannabis products as a medical supplement.

There are currently 33 states that have legalized medical marijuana, and this number continues to grow as studies find legitimate uses for its application. Additionally, 11 states have legalized the distribution and use of recreational marijuana.

Is Marijuana an Opioid?

No. While opioids are known for easing pain and helping with sleep (like cannabis), they are not in the same drug category as weed. One of the largest differences between opioids and marijuana is risk level - opioids are far more likely to cause addiction and result in substance abuse.

Is Marijuana a Narcotic?

No. It's a common misconception to group all "drugs" into the classification of narcotics. While the International Narcotic Control Board technically categorizes the products of the cannabis plant as a narcotic drug, the term narcotics in the U.S. solely refers to opium, opium derivatives, and any synthetic substitutes. But because the term emphasizes opium's ability dull pain and potentially cause harm, legislation often includes marijuana in the same category.

Technically, you can become dependent if you use marijuana. However, this phenomenon is relatively rare, especially in relation to opioid addiction. In respect to opioids, roughly 12% of users develop an opioid use disorder, about 6% of people prescribed an opioid will transition to heroin, and nearly 30% of opioid patients develop chronic misuse. In comparison, the CDC claims that only 10% of marijuana users may become addicted.

Can You Overdose on Weed?

There is currently no proof that it's possible to overdose on marijuana. Doctors even argue whether or not overdosing on THC is physically possible. However, some people do have adverse reactions to weed - it's not for everyone. Even though it won't kill you, it's smart to consume very small amounts at first to make sure you don't have any adverse reactions.

The Future of America's Health

America is currently at the crossroads of many cultural-defining decisions. The opioid pandemic has ended the lives of hundreds of thousands of Americans and affected millions more. Finding and supporting alternatives is a necessary part of changing this system. And despite cultural taboos reinforced by legislation for the past 100 years, medical marijuana and other cannabis products offer a potential alternative to opioids and continue to be researched and tested. As new studies are published, our understanding of cannabis and its medicinal properties will only continue to grow.

Do you have any experience with marijuana as an alternative to opioids? We'd love to hear your story in the comments below!