Election 2020: Which Presidential Candidate Has the Best Marijuana Policy? 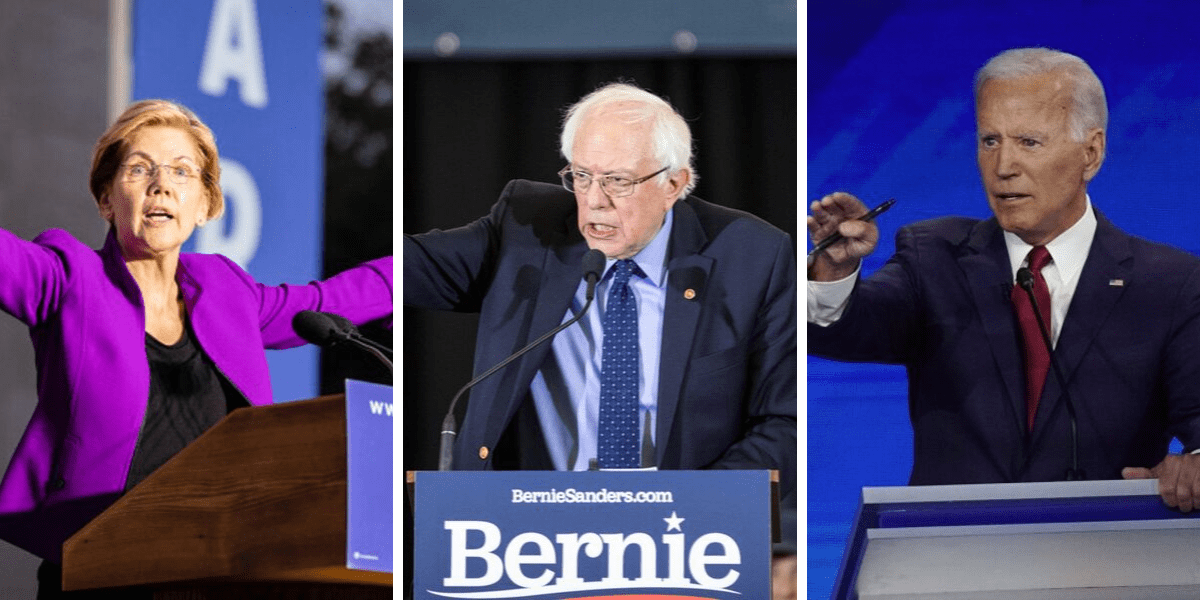 With the 2020 presidential election growing closer everyday, many are speculating as to who will win the Democratic Primary nomination in the increasingly overcrowded category. So far, the talking points this election have been dominated by issues such as environmental policy, health care, immigration and the legalization of marijuana. Thankfully, almost every candidate in the Democratic primary race has come out in support of ending the country’s long and tiresome war on pot (besides maybe Biden). As public opinion has shifted in support for nationwide cannabis legalization, the marijuana policies amongst politicians have followed suit.

With every Democratic candidate supporting some form of cannabis law reform, it is easy to believe that the era of green-prohibition will soon be coming to an end. But we have to wonder, which Democratic presidential candidate actually has the best marijuana policy and the best track-record of support for cannabis legalization? Who will lead the charge for wide-spread cannabis law reform in the United State, rather than push for slow, incremental change? Well lets evaluate the top 3 candidates fighting for the 2020 Democratic Primary nomination.

Undoubtedly one of the front-runners for 2020 nomination, Sanders’ progressive policies on hot-topic issues like universal health care and free public college, have shifted the viewpoints of the entire Democratic party. Sanders’ long track-record of continued support for issues he deems important has popularized his candidacy among issue voters and Progressive Democrats.

Sanders has time and time again stated his full support for nation-wide marijuana legalization, outlining legalization as a critical part of his plan for criminal justice reform.

“As President, Bernie Will: Legalize marijuana and vacate and expunge past marijuana convictions, and ensure that revenue from legal marijuana is reinvested in communities hit hardest by the War on Drugs.”

Sanders’ support for health care reform, free public college, civil rights, gay marriage and immigration reform has been unwavering since he began his political career nearly 35 years ago, and his support for marijuana legalization has been no different. For more than three decades Bernie has supported legalizing cannabis across the country, with a record of support dating back long before marijuana legalization was a popular topic amongst Democrats. When Sanders was a representative in the House during the 1990s, he supported numerous bills to legalize marijuana, even when the general opinion in the Democratic party was anti-cannabis.

In recent years, Senator Sanders has supported bills to legalize cannabis, protect states that have chosen to legalize marijuana, protect banks that choose to accept funds from cannabis businesses and legalize hemp production. Bernie has publicly stated his support for the legalization of cannabis and explicitly states his marijuana policies in his campaign website. Senator Sanders campaign for reelection in the 2018 Senate was supported by The National Organization for the Reform of Marijuana Laws Political Action Committee (NORML PAC), the leading voice in the fight for cannabis legalization.

As the former vice president and senator from Delaware, Joe Biden is one of the most popular choices for the 2020 Democratic primary nomination.  Biden’s experience in White House and name-recognition have made him one of the top choices in the Democratic party for the 2020 election.

Joe Biden has come out in support of decriminalizing marijuana, but has yet to state any form of support for nation-wide legalization. Biden’s campaign website makes no mention of proposed policies for cannabis law reform or his plans to decriminalize marijuana. In March of 2019, BIden publicly stated “Nobody should be in jail for smoking marijuana.” However, Joe has not elaborated on this statement, nor outlined the details of his pot-policy.

Perhaps the biggest reason Biden has not come out in support of legalization is because of his sordid voting history on the matter. Over the course of his political career, Biden has been a major opponent of cannabis. Biden has been described as one of the sole creators of the United States’ War on Drugs, with Rolling Stone magazine even calling him the worst candidate in the race when it comes to marijuana law reform.

In the 1980s, Joe Biden loudly voiced his opinion to create a cabinet level position to pursue drug conviction across the country. As a senator, Biden was a loud voice in the fight to heavily penalize persons convicted of crimes relating to drugs, even going as far as criticizing then-sitting president George H.W. Bush for being too lenient on drugs.

The senator from Massachusetts has been slowly gaining in popularity since announcing her candidacy for the presidency in February of 2019. Warren’s support for health care reform and other current political hot-topics have made her one of the front-runners in the race to win the 2020 Democratic primary nomination.

Similar to many politicians in the Democratic party, Warren’s marijuana policy has changed over the course of her career. In her first campaign for Massachusetts Senate seat in 2011, Warren announced her support for the legalization of medical marijuana, but opposed the legalization of recreational pot. At a town hall hosted by CNN at the start of 2019, Warren stated that she had supported Massachusetts' 2012 ballot initiative to legalize medical cannabis in the state. However, a fact check conducted by the New York Times revealed that her statement was not entirely true, and that she had in fact been hesitant to lend her support to the measure. Warren also recently said that she had likewise supported her state’s successful 2016 ballot initiative (Question 4) to legalize recreational marijuana, although she supported the bill only by saying she was “open to legalization” and gave no actual support to the initiative.

In 2018, Warren’s tune on recreational cannabis legalization changed from unclear to fully-supportive. At the beginning of 2018, Warren co-wrote a letter to Donald Trump requesting that he reinstate the Cole memo, which was President Obama’s declaration instructing federal agencies not to enforce marijuana regulation on states which had chosen to legalize cannabis. After that, Warren also became a co-sponsor of the STATES Act, a bill which would give states the freedom to choose their own marijuana laws without fear of federal retaliation.

The recent flip-flop by Elizabeth Warren has many speculating that he support for legalization has only been newly created to bolster her support from the cannabis community in her 2020 presidential run.