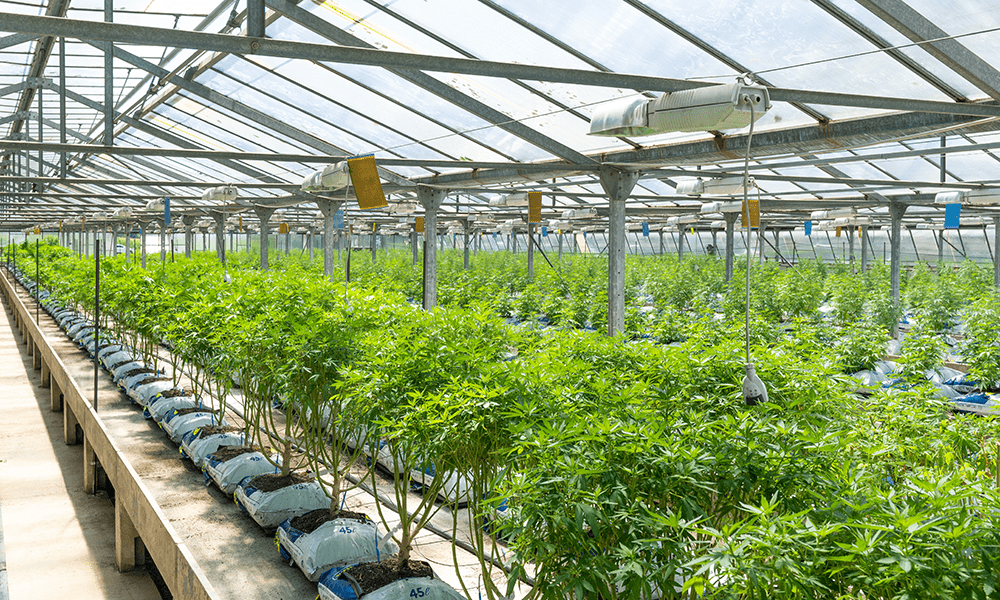 Marijuana and CBD in America have been big topics for decades. While legalization efforts are being taken more seriously with each passing year, CBD wasn't federally legalized until 2018 and marijuana is still a Schedule I drug illegal in many states. This all feeds the controversy surrounding the US Patent 6630507. Despite its active stance against legalizing marijuana and rigid objection to reclassifying it to a lesser drug category, the government actually held one of the few cannabis patents: Patent Number 6630507.

Marijuana has been used medicinally for hundreds, if not thousands of years. In the first 150 years of US history, it was legal and used for medical purposes and officially described by the United States Pharmacopoeia starting in 1850. However, this began to change in the early 1900s. The first initial push to criminalize marijuana possession was in Texas near the turn of the century. Local law enforcement claimed Mexican immigrants were using marijuana and subsequently raising hell and causing all sorts of violence.

Marijuana became increasingly taboo over time, with 29 states outlawing its use between 1916 and 1931. Cultural fears rose as various propaganda was pushed to further alienate marijuana use, such as the 1936 film Reefer Madness, which depicted drug dealers getting kids addicted to marijuana (reefer) and jazz. The final nail in the coffin was the Marihuana Tax Act of 1937, which heavily regulated and essentially ended its cultivation, import and use (despite objections from the American Medical Association).

In the 1970s, marijuana was once again used to target and subjugate American minorities and poorer communities. President Nixon's "War on Drugs"officially began in 1971 and has since been a major component in the mass incarceration of minorities (primarily black men). The Controlled Substance Act was founded that same year, declaring five different classes ("Schedules") in which to categorize drugs. Marijuana was immediately listed in the most dangerous classification - Schedule I. Marijuana has since remained a Schedule I drug, despite 33 states now supporting medical marijuana and 11 states with legalized recreational weed.

According to the DEA, Schedule I drugs are defined as having "no currently accepted medical use and a high potential for abuse." Other drugs that share this classification with marijuana include heroin, LSD, and ecstasy. These other drugs are responsible for hundreds of thousands of fatal overdoses, high levels of addiction and substance abuse. Marijuana, on the other hand, has been proven to be less harmful than alcohol, a federally legal substance.

There have been recent attempts to get marijuana rescheduled into a different classification. This movement has a growing camp of supporters from both everyday consumers and doctors alike. As states continue to legalize medical marijuana, there are bodies of evidence quickly expanding that show medical application for both THC and CBD, the two primary cannabinoids found within marijuana. The most recent filing to reclassify marijuana was in 2016, which was not granted by the DEA. Since then, the hypocrisy of the US government Patent on cannabinoids has been repeatedly underlined by supporters of fairer cannabis laws and regulations.

Despite refusing to reclassify marijuana into a lower drug category, the U.S. Department of Health and Human Services was granted patent 6630507 in 2003. You may be wondering, "Why can the government hold patents on illegal substances?" Technically, they never held a patent for marijuana. This patent was held for certain non-psychoactive parts of the marijuana plant that had potentially beneficial applications as neuroprotectants. So, while the government never held a weed patent or medical marijuana patent, 6630507 was technically a government patent on CBD.

How The Government Came To Own A US Patent On CBD

In 1999, three scientists filed for Patent 6630507 after discovering there are antioxidant properties in CBD (and potentially other parts of the marijuana plant). These scientists all belonged to the National Institute of Mental Health (NIMH), which is part of a larger government organization called the National Institute on Drug Abuse (NIDA). So, when the three men were granted the patent in 2003, it became government-owned. Despite the NIDA's strong stance against marijuana, they welcomed this patent and the potential medicinal opportunities it presented.

Why The Government Would Want A CBD Patent

Patents are government licenses that give an entity sole rights to a new invention or discovery, preventing other entities from making, using, or selling whatever has been patented. There are three distinct types of patents: utility, design, and plant patents. By owning a patent for primary parts of the marijuana plant, the government ensured they had control over who made money off cannabis-related drugs. Companies like Kannalife Sciences Inc., Axim Biotechnologies Inc and GW Pharmaceuticals were given exclusive permissions by the government to use parts of the patented technology. Especially since marijuana is still classified as a Schedule I drug with "no currently accepted medicinal use," they had almost complete control over legal cannabis drug sales.

The Hypocrisy of the Government Owning a CBD Patent

CBD wasn't federally legal until the 2018 Farm Bill. That means, for nearly 100 years, the government has made a medicinally proven chemical compound unavailable to the public (not to mention THC). Moreover, the government patent on CBD was issued nearly 20 years before they federally legalized the substance - that's 20 years of knowing its uses before allowing legal access.

Moreover, even though this patent was primarily for "drugs that can be substantially free of psychoactive or psychotoxic effects," they clearly understand the benefits cannabinoids (both THC and CBD) may have for various health concerns. While they've legalized CBD, they continue to refuse marijuana's reclassification. Additionally, synthetic cannabinoid drugs have been approved by the FDA, which means the government continues to choose which companies get to make money.

As long as marijuana is classified as a Schedule I drug, it will continue to have unnecessary negative connotations that are being proven wrong. Because of Patent 6630507, the government has passively acknowledged the medicinal prospects of cannabis, therefore negating the Schedule I claim that marijuana has "no currently accepted medical use." So, we are left wondering, why does the government refuse to change the drug's classification? How much are they making from its continued status? When will this hypocrisy end?

You may have noted throughout the article that Patent 6630507 is referred to in the past tense. That's because it expired on April 21, 2019. If someone now asks, "who owns the patent on CBD," you can answer that there is no longer one overarching patent. The government, as far as we know, does not have any other CBD patents, which means everything they owned through Patent 6630507 is now publicly available for others' use. That being said, even though other entities can legally create drugs based on the information held within Patent 6630507, those drugs and products still need to be approved by the FDA to be federally legal.

Despite this, there have been dozens of companies filing patents for various strains of marijuana and different CBD products over the past few years. With increasing legalization, the US no longer owning Patent 6630507, and a new wave of commercialized cannabis, there is hope for positive steps toward fairer marijuana laws and regulations.

There are many reasons the government could be refusing to change its stance on marijuana. It's a discussion that's been going on for years, and we'd love you to contribute. Add your thoughts and comments below to help us all better understand what's going on and support changes to marijuana law.