How Many States Have Recreational Weed? 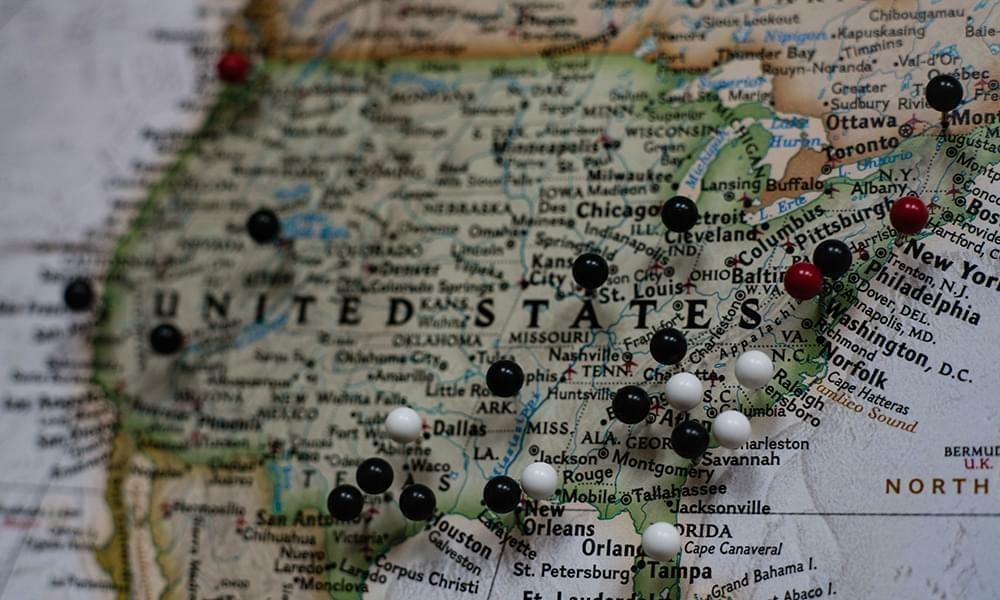 In 2012, Colorado and Washington made the historic vote to become the first states to legalize recreational marijuana, and 9 more states have followed suit since. With new states constantly having elections with legalization propositions on them, each year we find ourselves asking how many states have legalized weed? The list keeps growing and growing, so we thought we'd put together a quick guide to learn about what states have legalized recreational weed. If you're lucky enough to live in one of the states with recreational marijuana, you just have to be 21 years of age with a valid ID to purchase.

States Where Recreational Weed is Legal

Regulations: Consumers can only purchase 1 ounce of marijuana at a time.

Everyone knows Colorado as one of the first states that have legalized weed. But even though weed is legal to purchase, Colorado still does not allow consumption of weed in public spaces. However, two house bills will be implemented in 2020 to allow for "marijuana hospitality establishments" where weed can be consumed on-site and will allow the commercial delivery of medical marijuana (with recreational marijuana delivery a year later). More than $1.5 billion in sales revenue from weed brought in massive tax revenue for Colorado in 2018. The tax revenue was used towards publicly funded housing, education, and safety programs in the state.

Fun Fact: In the state of Colorado, there are twice as many marijuana dispensaries in the state than Starbucks!

Regulations: Adults can purchase 1 ounce of marijuana flower, 16 ounces of edibles in solid form, 72 ounces in liquid form, and 7 grams of concentrates.

Another one of the first legal marijuana states, Washington is a great place to visit to get your cannabis fix. The state has used around $194 million in cannabis tax revenue on its Medicaid program to provide insurance to 1.8 million low-income residents as well as substance abuse programs and research.

Regulations: Consumers can only purchase 1 ounce of marijuana at a time.

Alaska is the first of states with recreational marijuana to allow licensed on-site consumption at cannabis dispensaries. In other words, you can buy and smoke in the same place!  Alaska collected $2 million in cannabis tax revenue where 50% goes into the Recidivism Reduction Fund, 25% to programs to prevent youth marijuana use, and the last 25% into the state's general funds.

Regulations: Adults may carry 1 ounce of marijuana on their person and possess eight ounces of usable marijuana in their homes.

Oregon has the strictest weed testing laws in the world, has banned most pesticides, and has the ideal growing climate - what's not to like? In 2019, $102 million in marijuana tax revenue was collected and spent on the state's schools, mental health, alcoholism and drug services, state and local police, and Oregon's alcohol and drug abuse prevention programs.

Regulations: Consumers can purchase 1 ounce of marijuana or eight grams of concentrated cannabis.

When you think of states where weed is legal, California probably comes to mind for a good reason - since 2018, California has raised an astounding $1 billion in recreational weed tax revenue. The tax money went towards child care programs for low-income families, cannabis research, public safety grants, and cleaning up illegal marijuana farming on public lands.

Regulations: Adults can possess up to 2.5ounces of marijuana or concentrate.

While Maine may have voted to join the states with recreational weed, as of this writing, Maine's cannabis market is currently on indefinite hold due to the COVID-19 pandemic. The state's "cannabis social clubs" are also delayed to 2023. There are still no retailers for recreational weed. However, medical marijuana is still available for sale in Maine.

Regulations: Consumers can possess up to 1 ounce of marijuana and up to 10 ounces in your home.

We love Massachusetts for its natural beauty and history, but we really love that it's joined the ranks of legalized weed states. In 2019, the state collected $420 million in weed tax revenue (they really love 4/20 in Massachusetts).

Regulations: Adults may purchase up to 1 ounce of cannabis and up to an eighth of an ounce of concentrates.

Many people know Nevada for its opulent casinos and nightclubs - but we love it for their legalized recreational weed. That being said, tourists cannot consume or smoke weed in casinos, hotels, or other public places until July 1, 2021, when the state will allow businesses to apply for a license to open cannabis smoking lounges. However, the indigenous-owned Vegas Tasting Room allows visitors to legally try different cannabis products on the spot. The owners are from the Las Vegas Paiute Tribe and the lounge is located on the tribal sovereign land where laws apply differently. In 2019, Nevada collected around $110 million in cannabis tax revenue which was spent on education, homelessness prevention, and the state's general fund.

Regulations: Consumers can purchase up to 1 ounce of marijuana and up to 5 grams of hashish and concentrates.

In 2018, Vermont was the first state in the country to legalize marijuana through its government legislature (and not a populous vote). However, the law limited consumers to grow their own weed and didn't allow for retail sales. But as of this writing, the Vermont House of Representatives and Senate have passed a bill allowing recreational sales, and just need the governor to sign it into law!

Regulations: Adults can possess up to 2.5 ounces of marijuana and up to 10 ounces at home, with up to 15 grams of hashish and concentrates.

The recreational weed market in Michigan has been growing slowly and gradually, compared to other states that have legalized weed. Since 2019, there has actually been a weed shortage in the state due to demand exceeding supply. Making matters worse, many of the state's municipalities have refused to allow recreational weed sales and the state has instituted strict testing standards. From December 2019 to March 2020, Michigan collected $5 million in weed tax revenue and used that towards local governments, schools, and road improvements.

Regulations: Consumers may purchase up to 1 ounce of marijuana and up to 5 grams of concentrates. It is allowed for edibles and cannabis-infused products to contain up to 500 milligrams of THC. Non-residents can possess half of these amounts.

Illinois was the first state to tax weed based on the THC potency. Marijuana with THC at higher than 35% is taxed at 25% and at 35% THC or less will be taxed at 10%. Infused products are taxed at 20%. In January 2020 alone, the state generated $10 million in tax revenue from cannabis. The tax money will be spent on the state's drug treatment fund, crime prevention programs, substance abuse and prevention, and the state's general funds.

There are 11 states to watch out for in 2020 hoping to become the next states with legal weed: Arizona, Arkansas, New Jersey, Pennsylvania, Montana, New York, North Dakota, Virginia, New Hampshire, Florida, New Mexico and South Dakota. Do you live in one of these states? Be sure to register to vote and make your voice heard in the upcoming election!

Does your state have legalized recreational weed? What are your thoughts on it? Let us know in the comments below!