OG Kush: What Does "OG" Mean in the World of Cannabis 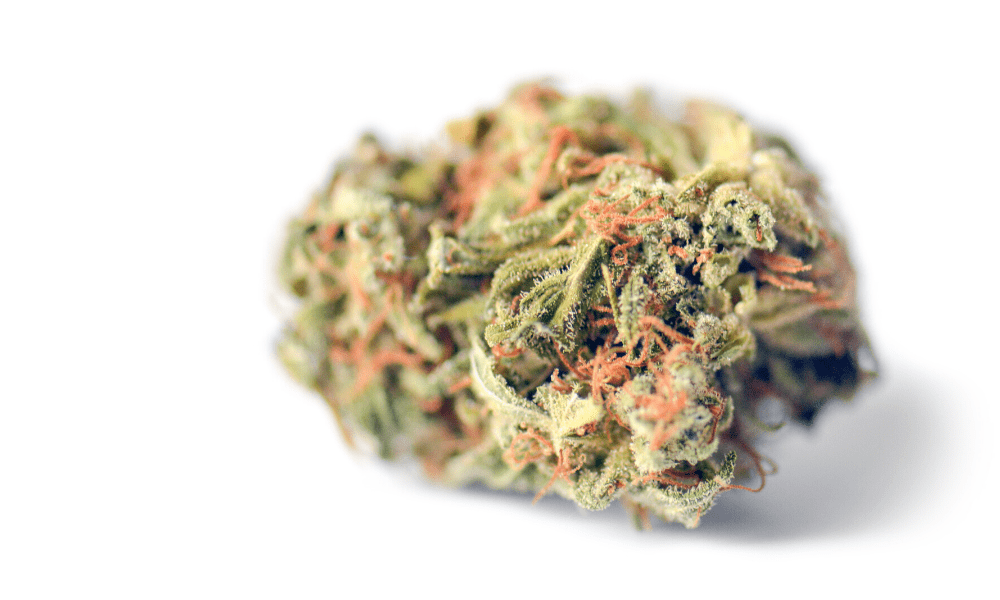 These days, going into a dispensary to pick up a new bag of weed, pack of edibles, or gram of concentrate can be an overwhelming experience. Not only are there countless product categories to pick from, but once you've decided on flower or vape cartridges, the next step is finding the perfect strain. With so many varieties with silly, serious, and outlandish names, it can be hard to know what any of the colorful names actually mean.

As the legal cannabis industry continues to grow, new strain names are popping up like weeds. There are tried-and-true classics like Grandaddy Purple, Chem Dawg and OG Kush, fruity labels like Blueberry and Strawberry Banana, and pastry-themed strains such as Wedding Cake and Girl Scout Cookies. More recently, plenty of newly popularized candy names have been created like Zkittles and Runtz. Having said this, nothing compares to the "OG" strains that have been around since the beginning.

When it comes to strong indica strains, few varieties have been more consistently popular than OG Kush. But what is OG weed? A long-running staple of the California and global cannabis scene, O.G. Kush is a heavy-handed hit of THC with a pungent smell of gasoline, pine, and skunk. Although O.G. Kush has been ubiquitous throughout the world of weed for more than two decades, the strain name's origin is still highly contested with multiple urban legends laying claim to the "OG" moniker.

So what does O.G. stand for? Honestly, no one is quite sure what the real story is, but these are the most prevalent stories surrounding the OG weed meaning:

What Does OG Mean For Weed?

Like most cannabis stories, the first rumor about OG cannabis takes us to Northern California. The story goes back to the early 1990s when a legacy weed grower had been cultivating a particularly pungent strain of Kush originally bred in Southern California's San Fernando Valley. One day, the farmer had a chance encounter with a local man bragging about some really good bud. After the grower saw - and smelled - his new friend's weed, he immediately recognized it as the very same strain he was growing. When the stranger boasted that the cannabis was so good because it was "mountain grown," the knowledgeable cultivator politely corrected him, saying that it was actually "ocean grown," thanks to the strain's birthplace on the Pacific Coast.

As legend has it, that meeting (and the subsequent smoke session) led the mountain grower to rename his Kush after the coincidental correction. And as the bud grew more popular, the story suggests that the name had so much sticking power that it not only moved around the Emerald Triangle and Northern California, back to the strain's SoCal birthplace in the San Fernando Valley, then eventually, across the globe.

What Does OG Mean In OG Kush?

The term O.G. is typically used as a term of endearment and respect to reference an Original Gangster or old-school gang member. The slang term was popularized in the Los Angeles gang culture of the 80s and 90s. Popular West Coast rappers like Ice Cube, Snoop Dogg, and Tupac began to use the OG abbreviation in their songs, bringing the acronym to a nationwide mainstream audience.

So what is OG in OG kush? According to a story from legendary Amsterdam cannabis cultivators DNA Genetics, the O.G. name was given to the San Fernando Valley-bred kush strain by weed-obsessed rappers Cypress Hill, specifically because the strong, skunky strain was the "original gangsta" of kushes.

"The O.G. got tagged onto the LA Kush back in the 90's by the Cypress Hill Crew and it stands for 'original gangsta,'" a representative for DNA Genetics told theSan Diego City Beatin 2011. "There are also stories of the O.G. standing for 'Ocean Grown,' but being from LA we believe and feel that the O.G. comes from the Cypress family."

What Is The OG In OG Kush?

In our last trip to the rumor mill, we went over America's northern border to Canada, where a now-defunct early-2000s cannabis website named OverGrown.com is sometimes credited as the real naming inspiration for the OG in OG Kush.

Considering the other two most popular legends about the OG weed meaning date as far back as the early 90s, we find it hard to believe that the strain was actually named after a website. Although the dictionary of cannabis strain names has expanded greatly in the internet age, the O.G. strain selections have been around long before the days of dial-up.

What Are OG Strains?

No matter which story you believe about the origin and meaning behind the O.G. in OG Kush, there's no denying its legacy as a staple strain in Southern California's cannabis industry. Regardless of its true origin, the THC-soaked indica has become a favorite strain for smokers across the globe.

In fact, OG Kush is so popular these days that breeders in every corner of the cannabis industry have used the "Ocean Grown" or "Original gangsta" strain to create some of the most popular hybrids on dispensary shelves. Ranging from SFV OG and Larry OG to Girl Scout Cookies and Runtz OG, there is a laundry list of sought-after O.G. crosses.

At the end of the day, marijuana's historic outlaw nature and lack of concrete record-keeping mean there is no way to truly know what the OG in OG Kush stands for. Whether you're on team "Ocean Grown" or team "Original Gangsta," one thing is for sure: OG Kush is one of the best strains to smoke and it will be around for a long time to come.

Have you tried OG Kush? What do you think it's named after? Tell us what you think in the comments below!