Can I Travel With Marijuana? 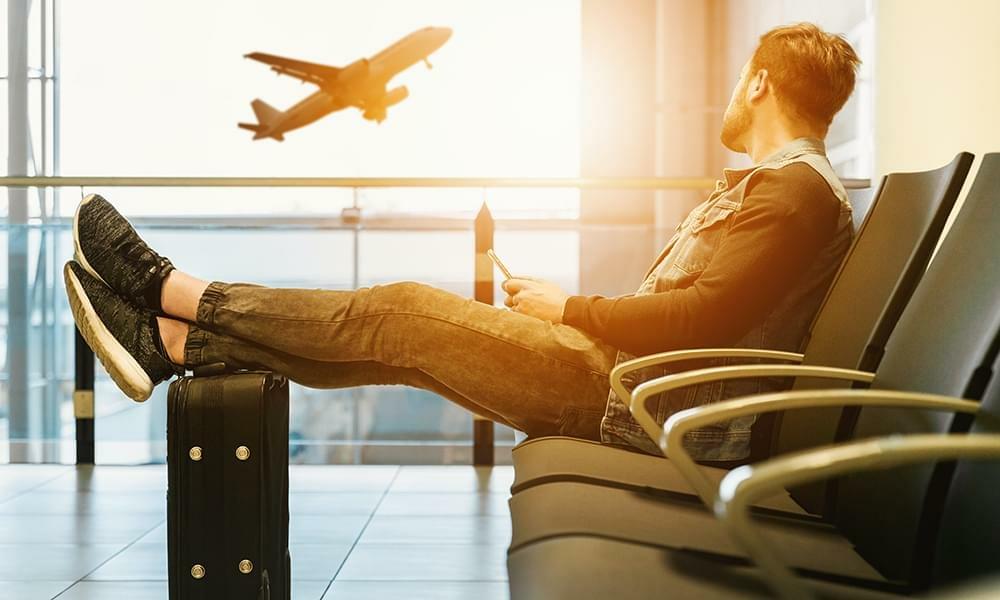 We're fortunate enough to live in a time of increasing marijuana legalization. There are now 11 states that have legalized recreational use and a total of 33 states that have legalized medicinal marijuana. But because not every state has the same cannabis laws, traveling with weed can still be quite confusing. If you're about to travel with cannabis, regardless if by plane, train, or automobile, you probably have a few questions about legality and risk. We've created this post so you can travel safely knowing how to fly with weed, what's risky, all-clear, legal, and illegal.

Before we address marijuana, let's get CBD out of the way. Since the Agriculture Improvement Act of 2018, cannabis products with less than 0.3% THC are recognized as legal substances by federal law. This means you're able to travel with CBD in an airplane, in your car, or on your person. The TSA even updated its policy recently to allow CBD, hemp-derived products on planes in both carry-on and checked-bag capacities. As long as your CBD products abide by other TSA regulations, you should be good to go!

Despite marijuana legalization in many states, it's still an illegal drug under federal law. Unfortunately, this means weed bought in legal states is not technically allowed beyond post-security areas at an airport. However, this doesn't mean the TSA is cracking down on cannabis travel or that it's even on their radar. And so, many people are left wondering if flying with cannabis allowed and/or tolerated.

Can You Bring Weed On A Plane?

The legal answer, in most cases, is no. However, we're very aware this isn't going to stop most people, especially since the TSA and many airports have been wish-washy with their response to cannabis travel. We go through the details below.

Does TSA Check for Marijuana?

Again, the short answer to this question is no, but the TSA's current stance on marijuana and other drugs is vague and leaves room for interpretation. Since their focus is on plane and passenger safety, "TSA security officers will not search for marijuana and other illegal drugs." That being said, if they find weed while searching for other items, they're legally required to contact a law enforcement officer to handle the situation.

Do Checked Bags Get Searched for Drugs?

TSA's stance on marijuana is the same for both checked bags and carry-ons. Checked bags do not get searched for drugs, but there may be consequences if it's found while looking for other items. Since weed doesn't get flagged on its own, flying with weed in a checked bag is less likely to be noticed as long you don't have anything else TSA will need to investigate.

Can You Get Arrested If Caught With Marijuana At An Airport?

Ultimately, the consequences for marijuana possession depend on the amount you're carrying and the airport you're in. In some airports, like Los Angeles International Airport, local law enforcement will not arrest anyone possessing less than 28.5 grams of marijuana. Similarly, Seattle-Tacoma Airport allows passengers to carry weed up to the state's legal limit. Other airports, like Boston's Logan Airport, aren't taking any position at all - there are no prohibitions but also no regulations allowing a certain amount. This makes it incredibly difficult to determine how traveling with weed is handled.

It should be noted that, if you're traveling with marijuana in a state that hasn't legalized it, you're chances of getting caught and reprimanded are much higher. We suggest refraining from travel with weed in places it's illegal.

Can Airport Security Confiscate Your Weed?

Yes. While the legal repercussions may be a bit hazy, there's a good chance your weed will be confiscated if found (unless you're in an airport that has openly stated they allow possession up to a certain amount).

If you're going to fly with weed, your safest bet is to fly with edibles. Yes, it's still technically illegal, but gummies are easy to place alongside other snacks in a plastic baggie and will likely be identified as standard candy. Even if you're flying with edibles internationally, as long as you have the pot gummies sealed in a baggie that doesn't advertise what they really are, it's one of the least risky ways how to get edibles through airport security.

"Can you bring a vape on a plane" isn't a question solely reserved for people interested in flying with weed in carry on bags. No matter its contents, vapes are only allowed in carry-on luggage. Placing your vape in a checked bag is a guaranteed way to get your weed confiscated. But even if you place your vape pen in a carry-on bag, your chances of getting caught are increased. Vapes are easy to identify in scanners and will probably be checked if there's any liquid or flower packed into it.

Unfortunately, this is probably the easiest way to get your weed confiscated. Flower is an organic compound, an item class that can be used in bombs. It makes sense that TSA would be quick to check it out; and if you're not in a weed-friendly state and airport, you might have an unfortunate situation on your hands.

Is it Legal to Fly with Marijuana in Canada?

The Cannabis Act of 2018 implemented a framework for legal control of the production and distribution of cannabis in Canada. Under this law, flying with cannabis on domestic flights within Canada is also legal, so long as the amount is under 30 grams.

However, flying with weed across the Canadian border is illegal. This includes medical marijuana and CBD. If you are traveling back into Canada, regardless if by plane or car, you must declare any weed you have in your possession. Attempting to hide weed across the border may result in your arrest and prosecution.

Can I Fly Internationally With Marijuana?

Weed is still illegal in most countries, and the consequences for possession will vary widely. That being said, rules apply in this case exactly as they do with domestic flights - marijuana on planes is technically illegal regardless of where you're flying.

Driving with weed is way less risky than flying with it. That being said, especially if you're in a state where it isn't legal, it's best to stay smart about it. Don't smoke and drive. For starters, it's dangerous, but it's also a great way to get pulled over and searched. Even if you're in a state where weed is legal, don't get high if you know you're driving anytime soon.

Is It Legal to Drive With Marijuana?

In a decriminalized state, the laws are very similar to driving with alcohol. Don't have weed in an unsealed container within reach of the driver and don't carry more than the legal limit. If you're driving in a state where weed is illegal, you can still be charged regardless of where the weed was bought.

What's The Safest Way To Drive With Marijuana?

No matter what state you're in, the smartest place to stash your weed while traveling is in the trunk. The weed should be kept in a sealed container and ideally tucked into a corner. Glove department boxes also work, but keeping it completely out of reach is the best way to ensure you're in the clear.

The bottom line is that traveling with marijuana is still a risk, but it's increasingly less of one. If you're traveling somewhere and buy weed, try using it up before you travel back home (and vice versa). Hopefully, federal legalization will come sooner than later and we won't have to worry about how to bring weed on a plane at all.

Have you traveled with marijuana before? What was your experience like? Let us know in the comments below!