Can Cannabis Save the Planet? Hemp Alternatives You Should Know About 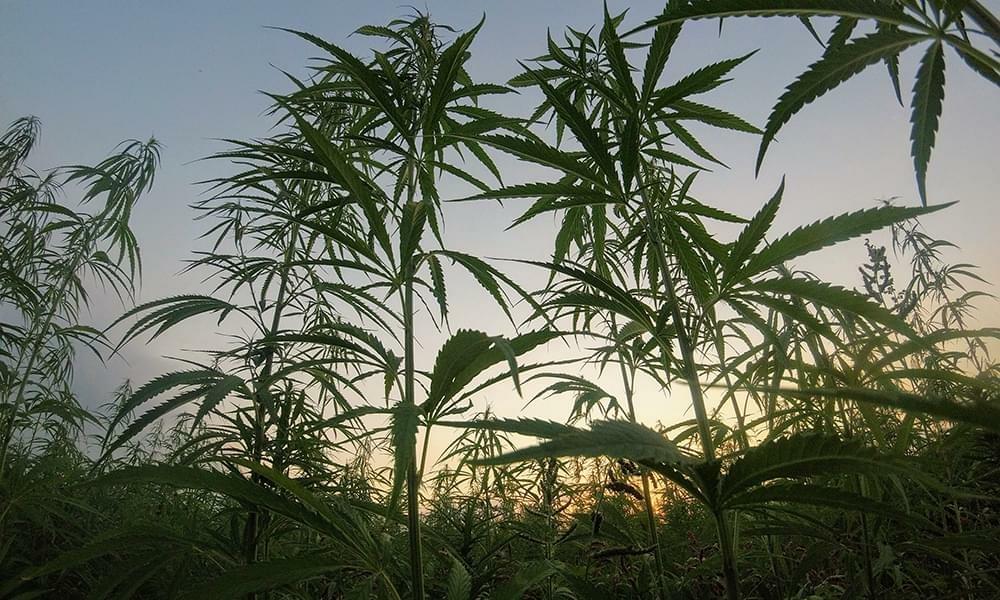 One major concern that has been seemingly pushed aside in today's trying times has been the issue of climate change. In attempts to mitigate the negative effects on the planet, there has been a huge effort in finding viable alternatives to fossil fuels in hopes of creating a sustainable future before it's too late. One option is hemp, a versatile plant in the cannabis family, which can promote an eco-friendly outlook for the planet.

Hemp is one of the first cultivated crops in the world, originating in Central Asia dating back to 8000 BC. It is a part of the cannabis family, specifically the cannabis sativa plant, and contains less than 0.3% THC. Unfortunately, because it is grouped within the cannabis species, people usually equate hemp with getting high. This is a major misconception and majorly discredits what hemp can do for nutrition and the planet. Hemp is considered to be "industrial" because every part of the plant, from the seeds to the roots, can be utilized.  The possibilities of what can be made from hemp are endless, including rope, clothing, linens, batteries and bioplastics.

The Volatile History of Hemp in America

The United States introduced hemp in 1606, producing it for products such as lamp fuel and paper, making it a staple crop in America. This continued until the Marijuana Tax Act of 1937, which imposed a heavy sales tax on all hemp-related products. The act caused a huge decline in the hemp industry as a result of the misguided stigma surrounding it.

In 1942 things changed drastically for the hemp industry. The US was faced with WWII, and officials realized this crop was needed for war efforts. This led to an increase in hemp production, yet only persisted for so long. Post-WWII, the industry declined again as the rise of alternatives such as nylon and petroleum-based plastic gained momentum. In 1970 the Controlled Substances Act was passed, banning hemp production altogether.

Hemp Legality in the U.S. Today

The crop has made a comeback in America today as hemp and all of its derivatives were legalized through the 2018 Farm Bill. Subsequently, this led to a deeper exploration of hemp, pushing people to consider what hemp can replace. CBD, a product of hemp, caused this industry to explode, as CBD sales cracked 1 billion in 2019. Even the massive chain, CVS, agreed to start selling CBD in 2019, making this hemp product available to people in every corner of America. However, hemp popularity doesn't stop there. Companies are turning to hemp to fuel cars, revolutionize the packaging industry, and create durable clothing.

Hemp Can Save the World

Hemp is a wonder crop that can grow in any climate in tight spaces while yielding a huge amount of product. Hemp does not require any harmful chemicals and gives back to the soil, returning nutrients during the retting process. All of this results in much healthier soil, which can keep our beloved farmlands healthy for a longer period. Proponents of hemp climate change state that it reduces global warming by eliminating more carbon from the atmosphere than what is emitted through its production. Bottom line? Hemp is carbon negative, something that major companies like Microsoft pledge for their future.

Hemp uses are in the hundreds of thousands, and one of the simplest forms is its paper products. Hemp paper is known to be superior, and the findings on hemp paper vs. tree paper are quite stark. For starters, hemp grows more efficiently, as a single acre of hemp will yield as much paper as 2 to 4 acres of trees while being harvested at just 120 days, compared to 20+ years. Hemp paper can be recycled countless times and is less invasive due to the lack of chemicals in the manufacturing process. Hemp paper also contains more cellulose, the main component in paper, than wood. Switching to hemp paper would reduce deforestation, as forests are a vital part of maintaining our air and alleviating climate change.

Plastics have consumed our planet with no sign of slowing down. Hemp may be the next best resource in plastic production due to the amount of cellulose it contains, which is roughly 70 percent. Cellulose is a key element in plastics and is typically sourced through petroleum, which contains harmful toxins that destroy the environment. We know that traditional plastics take hundreds of years to decompose, but how long does hemp plastic last? It typically takes hemp plastics 3 to 6 months to decompose, while not emitting any harmful toxins such as BPA.

When looking further at hemp vs. plastic, hemp outweighs plastics time and time again. Hemp plastics are 3.5 times stronger and 5 times stiffer, proving its durability. While the landfills are piling up with petroleum-based plastics, one may wonder if hemp is biodegradable. Hemp contains biodegradable polymers, unlike traditional plastics, which won't contribute to the pollution problem we face today.

Tangible Efforts for a Sustainable Future

One company that is trying to propel the use of hemp as plastics is the Hemp Plastic Company. Based in Colorado, they are leading the way in distributing biopolymers made from hemp, which are necessary for the success of bioplastics. This company not only seeks to get rid of petroleum-based materials but also hopes to raise awareness about the replacements to fossil fuels. The Hemp Plastic Company is aiding in a competitively priced solution to a greener future.

Did you know that hemp can fuel your car? In fact, hemp can create both biodiesel and ethanol/methanol. Hemp biodiesel, an affordable and efficient solution to fuel, derives from the oil of pressed hemp seeds. This fuel can run in any conventional, unmodified engine. There have been over 30 million successful US road miles, prompting manufactures to recognize hemp as a serious alternative. It is important to note that hemp biodiesel fuel can extend the life of your engine, all while being domestically grown.

Hemp fuel is also the only alternative fuel in the US to complete the EPA Tier 1 Health Effects Testing, which is the most comprehensive look at environmental and health effects in technology. A hemp fuel car will even replace the exhaust odor of petroleum diesel with what some say is the scent of popcorn or french-fries. Companies such as Ford, GM, and BMW employ hemp composite doors, panels, and trunks. Hemp has a long history with cars, as Henry Ford created a car entirely out of hemp in 1941.

One of hemp's greatest features is its stout fibers, which have produced clothing for centuries. Hemp clothing differs greatly from cotton and other similar materials because of their porous qualities, which allows much more breathability. Hemp is also stronger and soften than cotton, allowing the consumer to be more comfortable with their favorite t-shirt for longer. As noted previously, hemp production is eco-friendly and non-toxic, so wearing hemp is a win for the consumer and the environment. Hemp clothing has additional benefits besides its softness, such as resistance to bacterial growth and natural UV light filters. Major companies such as Patagonia are selling hemp clothing, bringing this sustainable alternative to a massive audience.

What ways are you incorporating hemp into your everyday life? Drop us a comment below!