How Long Should I Inhale a Marijuana Hit? 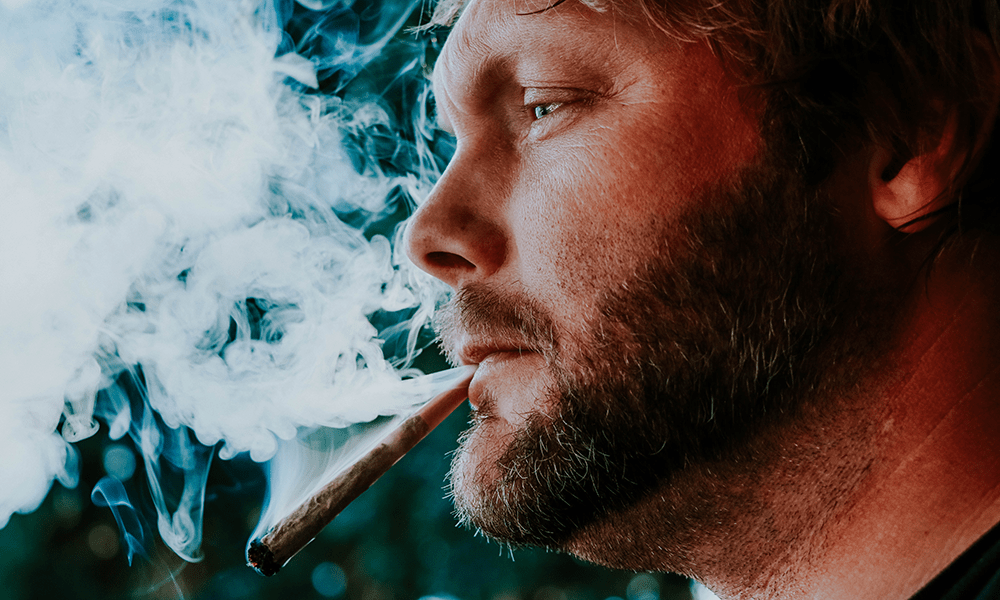 If you've ever been in a room full of stoners sharing a gram or two, you've probably heard someone suggest holding in your hit for as long as possible to bolster your high. As the legend goes, holding the smoke in your lungs for 10 or even 15 seconds absorbs more of the THC into your lungs, and thus, gets you even higher. But does that story hold up to scientific scrutiny, or is it yet another tokers tall tale?

To get to the bottom of the perfect cannabis inhale, we'll look into the clinical research covering lung capacity and cannabinoid absorption in the lungs, as well as the slight differences between properly consuming joints and blunts, pipes, bongs, and vapes. By the end, we'll find out exactly how long you should hold your breath to get the perfect hit and which consumption method is the best for your lung capacity.

How Is Weed Smoke Absorbed Into Your Body?

No matter what kind of wrap, pipe or bong you use to smoke weed, the process of getting high is all the same. Your lighter combusts the cannabis into smoke, allowing you to inhale the cannabinoid-rich fumes into your lungs.

For many first-time smokers, the process of inhaling smoke can be a little more complicated than simply breathing. So if you, or someone you know, smoked and kept asking how to tell if they're high or "what does being high feel like?" the odds are, they took the Bill Clinton route, holding the smoke in their mouth and exhaling before it ever reached the lungs. That method is correct for smoking cigars, but when it comes to weed, you only get the desired effect if you fully inhale the smoke into your lungs. If you're having trouble, try swallowing a big gulp of air right after you take the weed off your lips. The rush of air will push all the smoke in your mouth into your lungs.

Once the weed reaches your lungs, the THC, CBD and other cannabinoids flood your bloodstream and latch onto endocannabinoid receptors throughout the body. How much THC your body absorbs from a joint or bowl depends on the consumption method and bioavailability. Smoking has a higher cannabinoid bioavailability than eating an edible or applying a transdermal topical, meaning that more THC and CBD can reach your endocannabinoid receptors and take effect faster. That explains why smoking produces a more immediate high than eating a magic brownie, but it still doesn't answer the question of how long you should hold your weed hits when you're getting high.

How Long Should You Inhale Your Weed Hit?

While the shadow of federal prohibition thwarts most facets of cannabis science and research, the science about how long it takes for cannabinoids to absorb into the bloodstream from your lungs is crystal clear. What does weed do to you when it hits your lungs? According to a peer-reviewed study published in 1989, your bloodstream retains 95% of bioavailable cannabinoids after just 3 seconds.

That's right, all those times you've held your breath for as long as humanly possible only to spew out smoke coughing after 15 seconds have been a waste. You had already consumed the full amount of THC available to you in just 1/5th that time and for the remaining seconds, your still-lit bowl or joint was simply burning away the rest of the bud. But, you might be saying, "that can't be right! I've found myself feeling an immediate rush to your high when you hold your hits in for as long as possible!" Unfortunately, that light-headed feeling has nothing to do with your weed and is the result of depriving your brain of necessary oxygen. And sure, light asphyxiation is also a way to get high, but that shouldn't influence your cannabis consumption habits.

In fact, if you're smoking a joint, blunt, bong, or pipe, holding your weed hits for an extended amount of time could be harmful. While your body absorbs the THC within the first few seconds, the smoky tar present in every plume is lingering in your lungs the longer you hold it in. For the most effective and safest hits, hold the smoke in your lungs for three seconds max and then breathe freely.

Now that we know it only takes 3 seconds to absorb the THC into the bloodstream, let's take a look at the subtle differences between inhaling weed from the most common consumption tools.

The main difference between smoking a bong, bubbler, or pipe instead of a joint or blunt

is the airflow. Whether it is the carb hole on a pipe or bubbler or the bowl slide on a bong, a slow and steady initial inhale quickly becomes a deep inhale when a stream of fresh air comes in to clear the chamber. To make sure you don't take a too-huge hit, start slow and steady and pull the slide or open the carb sooner rather than later.

Because vaporizers do not burn hot enough to combust the cannabis or cannabis oil, you can hold the vapor in your lungs for longer without worrying about excess tars and other gross smoke byproducts. On the other side of the equation, those lower temperatures mean that your inhale should be much slower and longer to consume the amount of cannabis you want. Think of hitting your vape like taking a long sip from a glass, and you'll be feeling fine in no time.

Do you have a favorite method for tracking the length of your inhales? Let us know in the comments below!