How Does Cannabis Farming Affect the Environment? 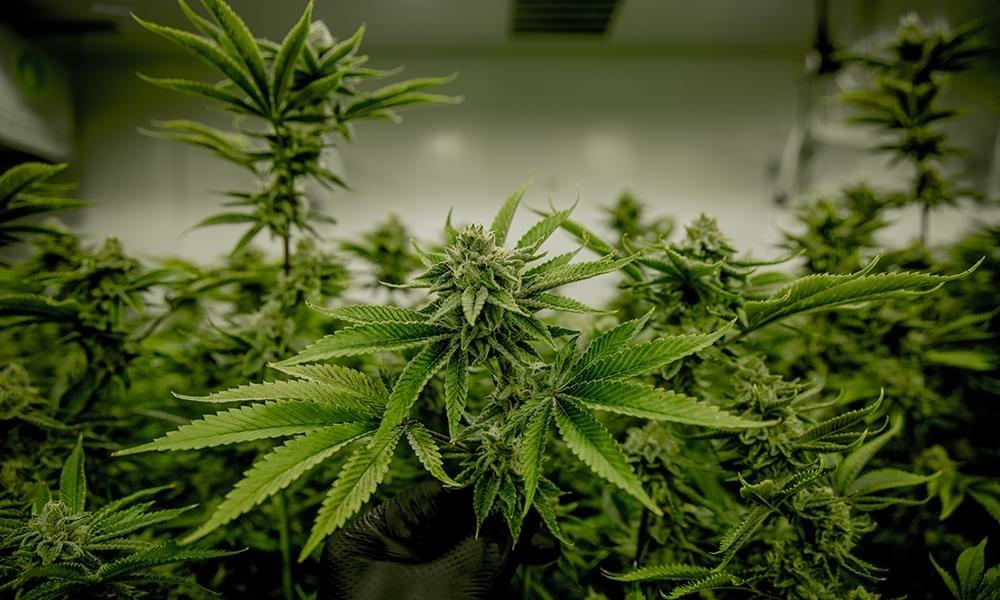 From its medical uses to the simple pleasure of a good high, there's a lot to love about marijuana. That being said, there are also things we need to keep in mind as we support the cannabis industry and the communities it affects. If you've ever wondered "how is marijuana harmful for the environment," you're not alone. One of the conversations we need to be part of is sustainability and the effects of cannabis farming on the environment. The cannabis community is generally a pretty woke group, so it's time we make this a major talking point: there are negative aspects of farming andcultivating marijuana, but we can work to make it a sustainable, earth-friendly industry.

The Rise of the Cannabis Industry

One of the reasons this topic has become so relevant is marijuana's popularity, cultural relevance, and changing legal status. Starting with California in 1996, medical marijuana has slowly become more commonly legalized than not: there are currently 22 states with some variation of legalized medical marijuana. In addition to medical marijuana (which is still the larger market), eleven states have legalized recreational marijuana since 2012.

Since those first years of legalization, the cannabis industry has exponentially increased. According to New Frontier Data, the national sales for legalized medical and recreational marijuana have grown from $3.5 billion in 2014 to $13.6 billion in 2019. Legal U.S. sales are projected to reach upward of $30 million by 2025, and some project that the global legal marijuana industry will hit nearly $60 billion by 2027 (especially as states continue to further legalize marijuana).

How Cannabis Cultivation Affects the Environment

Since the cannabis industry is expected to substantially grow throughout the foreseeable future, it's time we start asking some important questions, including these two: "how can marijuana cause environmental problems" and "what can we do to fix it?" There are three primary concerns when it comes to marijuana and the environment: water, wildlife, and pollution.

Like any crop, marijuana plants need water. Unfortunately, marijuana is a fairly thirsty plant - cannabis water use can equal up to six gallons of water every day (and that's just for one plant). That means a square mile of marijuana plants consume nearly 1 billion gallons of water during prime growing seasons. In areas where water supply is scarce, marijuana cultivation can take up more water than available - this has a direct negative impact on aquatic life and freshwater available for other necessary aspects of both human and natural life.

While legal cannabis cultivation can be detrimental to the environment,  "trespass growers" are generally considered to be a large part of the problem. These illicit farms illegally use public lands and unregistered farms often located on tribal lands or in national and state forests. Trespass growers are known to take water supplies straight from natural streams and rivers, which has incredibly negative environmental implications.

How Cannabis Farming Can Harm Wildlife

Trespass growers also have a harmful impact on wildlife. Illegal farms usually implement a large variety of toxic chemicals and rodenticides to keep their crops intact. This is especially devastating to surrounding wildlife because of the general location of illegal farming operations. As previously stated, trespass growers commonly use tribal lands and public parks for their cultivation sites, places that are often home to regionally-unique and endangered animals. The sheer amount of pesticides and chemicals used on illegal farms causes irreparable damage to local wildlife, including fish, small mammals, rodents, and birds.

Not only is this level of toxicants harmful to wildlife, but it's harmful to cannabis users that then smoke the illegal product. While legal cannabis farms use pesticides (like any other farming operation) and can harm the environment, regulation and the legality of the operations ensure such overwhelming tactics are never used. If marijuana cultivation became a primarily legal process, this level of toxic environmental effects would probably not occur.

How Cannabis Farming Can Cause Pollution

There are a couple of aspects to this one. First off, marijuana plants are thought to produce certain volatile organic compounds called terpenes, which may result in ozone interference over time (although there isn't a lot of science to back this claim, yet). Regardless of terpenes, as marijuana becomes more socially acceptable, it becomes an increasingly cultivated plant. In Colorado alone, there are over 600 registered cultivation facilities. That much cultivation takes a lot of energy, especially if weed is being farmed indoors. Due to the high-intensity light bulbs that indoor growers use, nearly 1% of annual U.S electricity usage can be traced back to marijuana farming, with upward of 4% in states like Colorado. That's a staggering number that needs to be limited via eco-friendly lighting and smarter cultivation technology.

Fortunately, the environmental downside of marijuana doesn't come at the expense of its legalization. The marijuana environmental impact is lessened when regulations are provided and legal parameters are set.

While legal cannabis cultivation has become more impactful and has a negative effect on the environment, "illicit" marijuana cultivation and sales continue to dominate the market. In 2016, "black market" marijuana accounted for nearly 87% of all U.S. cannabis sales, and in 2018 totaled more than $64 billion. This illegal marijuana activity is responsible for the majority of environmental damage, especially since they are the ones most responsible for growing on reserves, in high-wildlife areas that need protection, and in areas where natural water levels are seasonally depleted by their operations.

Fortunately, New Frontier data shows that illicit cannabis sales are projected to decrease by 11% through 2025. This is necessary if only to help reduce the negative environmental impacts of cannabis. Marijuana legalization doesn't just mean easier access to weed (both recreational and medical); it also means that regulations necessary for sustainable farming and cultivation get prioritized and implemented, meaning a cleaner tomorrow for everyone.

There are plenty of farms out there doing their best to keep cannabis farming sustainable and eco-friendly. Comment below if you have any favorite farms that are doing their part in eco-activism and sustainability efforts or if you have anything to say about marijuana's impact on our planet!