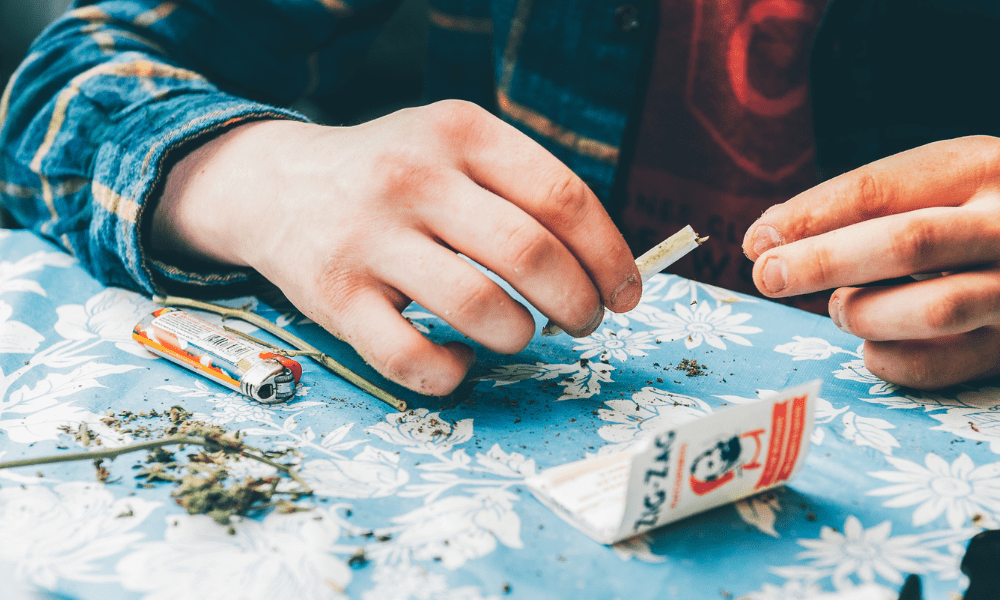 You may be wondering why an article about black market cannabis is still relevant during a time of continued marijuana support and legalization. While there are more states than ever with improved cannabis laws and regulations, illegal sales and distribution are still high and a majority of cannabis users are still buying weed black market style. In this piece, we'll explore all things related to the marijuana black market - and how it can be stopped.

The Legal Status of Marijuana

The first legalization of weed came in 1996 when California passed the Compassionate Use Act to allow the use of medicinal marijuana. Since then, a total of 33 states have allowed some variation of legalized medical marijuana. In 2012, the first recreational weed became legalized in both Washington and Colorado. Since then, a total of 11 states have legalized recreational marijuana, including Colorado, Washington, Alaska, Oregon, California, Maine, Massachusetts, Nevada, Vermont, Michigan, and Illinois.

The History of Underground Marijuana

Other states will likely join the ranks of marijuana legalization sooner rather than later, including Virginia, Arizona, and New Mexico. However, there is still a lot of pushback depending on the state, and overarching social oppression remains a concern. The cannabis community has been marginalized for nearly half a century due to the war on drugs, and minorities (especially black men in underserved communities) have been subject to extreme policing prejudice in the name of cleaner streets. The initial categorization of marijuana as a Schedule I drug in the 1970s was the primary force that drove cannabis cultivation, distribution, and consumption underground.

Since then, as marijuana's popularity and social relevance has continued to grow, the black market has concurrently grown with it. The only place to buy weed has been through illicit dealers that receive their supplies through a massive underground system of illegal cannabis farms. Until Colorado and Washington opened the doors for legalized, regulated marijuana production, illegal transactions were the only way to go (unless you were one of the few individuals with a medical card).

For those of you wondering "is the black market illegal," the answer is yes. Pretty much anything illicit you can think of is sold on the black market, and a lot of it is highly unethical. A black market is characterized by a knowingly subversive system that operates outside legal and institutional guidelines. However, when we talk about black market cannabis, we're simply referring to any cultivation, distribution, or transaction of marijuana products conducted outside the limits of the law. Illegal black market cannabis activity ranges in risk and ethics, but it's always illegal.

The truth is that black market salesare increasing not only in states where marijuana is still illegal, but it's also increasing in states where marijuana has been legalized. More specifically, the farming and cultivation of illicit cannabis has drastically increased in states like California, Washington, and Colorado. According to Colorado's Attorney General Cynthia Coffman, legalized marijuana has simply given illicit farmers and dealers easier cover. The implications of this fact have been varied and wide-spread.

One of the more fortunate statistics about legal pot and its effect on the black market is a decrease in foreign marijuana crossing U.S. borders. Because U.S. consumers are buying domestic product, and because legalization has offered illicit operations easier cover, most of the marijuana circulated through the states is domestically cultivated. According to CATO, the average amount of confiscated marijuana at ports of entry has dropped by a staggering 78% between 2013 and 2018. Another positive statistic involves crime rates. Many opponents of legalized marijuana claim it increases crime rates; however, data continues to show that crime does not increase where marijuana is legally available. Not only does it not increase crime, but it allows law enforcement to focus on more serious situations and has ultimately led to an increased percentage of crimes being solved.

However, this does not mean that the weed black market has seen a decline or that its numbers have slowed. Legal potsaw an increase from $3.5 billion in 2014 to over $10 billion in 2018. At that same time, illicit cannabis sales grew from $56.5 billion to over $64 billion. While it's not as steep of a percentage climb as legal marijuana sales, it proves the black market has seen a positive boost from legalization.

Why the Cannabis Black Market is Still Thriving

Like we addressed before, legalized marijuana has made it easier for illicit farms to operate in the U.S., concurrently making it easier to distribute throughout states without legalized marijuana. However, black market cannabis sales have also increased in many states where weed is legal. The amount of illicit marijuana farmed in California might even have you wondering "is weed legal in California?" There are around 14 million pounds of marijuana grown in California every year, but only about 20% of it is legally sold in the state - the rest is shipped out and sold illegally in other states. There's a variety of reasons as to why this is happening.

First off, while certain states might have legalized weed, it's often up to individual cities to decide if retail marijuana is allowed. California legal weed is only available in roughly 20% of the state's municipalities. This means residents are either traveling to cities that have legalized marijuana for sale, or they're still buying off the black market. There's also the problem of marijuana's federal status as a Schedule I drug. Under the 280E Internal Revenue Code, marijuana businesses do not receive any tax deductions and may pay upward of 70% in federal taxes. It also means that cannabis institutions have to operate on a cash-only basis. Additionally, there are often only so many retail permits to go around. A lot of people want to get into the legitimized industry, but a state permit is required before conducting any business, and these aren't easy to come by.

All of this goes to say that there are still a lot of roadblocks between a fully regulated, safely-monitored legal cannabis industry. However, while it has seen an increase over the last decade, New Frontier Data projects that black market cannabis sales will decrease by 11% by 2025. This decline will most likely be attributed to continued legalization across more states and increased pressure from task forces and law enforcement to find and shut down illegal farming operations. This is a good thing based on legitimized financial potential and the negative environmental impact of illicit cannabis operations.

Black market cannabis causes several serious problems, both for the legitimacy of the industry and the health of our environment. There's currently an oversupply issue, especially in the northwest. Because of this, it's not uncommon for farmers to sell to the black market and ship their weed into other states because of decreased prices in legitimate dispensaries. The black market is also continuing to drag the cannabis industry into a perpetual state of taboo, something the cannabis community has been attempting to correct for generations.

Additionally, and most importantly, is the heavy impact illegal farms have on the environment. Many illicit farming operations are conducted on public lands, in national forests, and within tribal boundaries. These farms are operated by "trespass growers," who use up invaluable water supplies and apply overwhelming amounts of chemical pesticides to their crops. Between the water and the chemicals, national parks, forests, and endangered lands are being ravaged by illicit marijuana operations. So, while the black market might seem like the way to go for some consumers, it comes at a greater cost than they probably think.

This is a highly controversial topic that has many consumers and producers split. Comment below to give us your insight into the industry and the effects of black market cannabis.