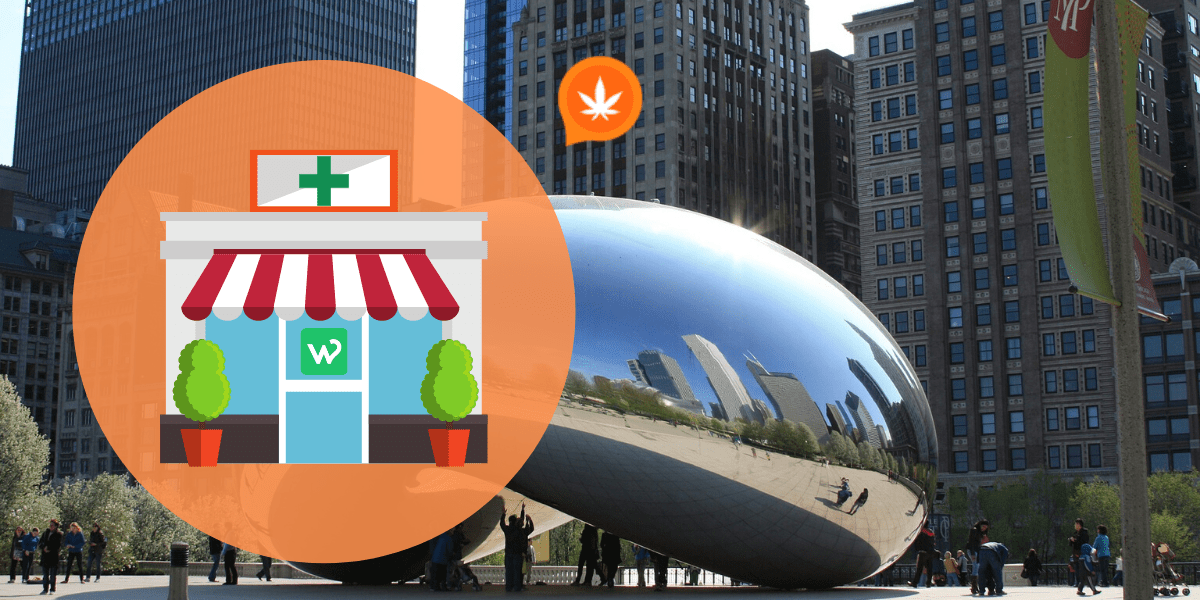 In 2019, Illinois made history by becoming the first state to legalize recreational cannabis through an act of the state legislature. Until then, states had only legalized the adult use of recreational marijuana through a statewide ballot, making the Illinois Regulation and Tax Act a landmark victory for cannabis activists everywhere.

Nearly one year after this historic vote, Illinois recreational dispensaries got the green light to open their doors to the public, with the state beginning the sale of legal recreational weed for the first time in over a hundred years. As of January 1st, 2020, recreational marijuana dispensaries in the state of Illinois can now sell cannabis to any adult over the age of 21.

Illinois is Making Millions in Tax Revenue From Recreational Marijuana

The end of cannabis prohibition in Illinois has revolutionized the state, not only allowing cannabis enthusiasts and medical patients to enjoy their plant in peace, but also providing more funding for schools, roadways and social equity programs.

The Illinois Department of Revenue reported that in January alone, it brought in over $10 million in tax revenue from the sale of cannabis, which reached over $40 million in total sales. The first 3 months of recreational sales have shown that the Illinois marijuana industry is here to stay, with the state having some of the highest initial sales numbers of any state who has legalized the adult use of cannabis in the last 10 years.

Today, dispensaries are generating over $1 million a day from the sale of recreational cannabis, with a growth rate exceeding any other industry in the Land of Lincoln. Dispensary owners and cannabis entrepreneurs are ecstatic about the widespread success of weed sales throughout Illinois, with many optimistic for the future of marijauna after the successful launch of recreational cannabis in the state.

Business is booming, not only for dispensary owners but also for cannabis cultivators in the Prairie State. The roaring cannabis market has skyrocketed demand for top-shelf flower and other products in Illinois, with many growers scrambling to increase their yields in a short time frame.

The exploding demand for marijauna and the limited supply have caused prices to soar, with premium flower selling for increased prices to the Illinois public.

It is not surprising that cultivators are having trouble meeting demand, as previous to Jan 1, 2020, there were only 100,000 legal medical patients who could purchase marijuana in the state. Today, there are over 8 million residents who are eager to get their hands on some of Illinois' finest cannabis, creating a demand that has since far outpaced supply.

Financial experts in the state project that cannabis sales will top $3 billion in the first year alone, which would bring nearly $700 million in tax revenue for Illinois. Many speculate that the cannabis industry could be one of the biggest economic drivers which could turn the tide for the previously struggling state.

The major sales push in many Illinois cities has come from tourists purchasing legal weed, as many of Illinois neighboring states still carry heavy legal troubles for those who want to enjoy cannabis.

Numerous marijuana activists are hopeful that the smooth rollout and groundbreaking success of the Illinois legal cannabis program will encourage other states and the federal government to increase their legalization efforts later this year.

Where You Can Find Newly Opened Recreational Dispensaries in Illinois

Whether you are a long time resident of Illinois or a first time visitor, knowing where to find the best legal recreational weed in the state is vital when making your first cannabis purchase. Here is where you can find newly opened legal marijuana stores across the state of Illinois.

Recreational Dispensaries in Worth, IL