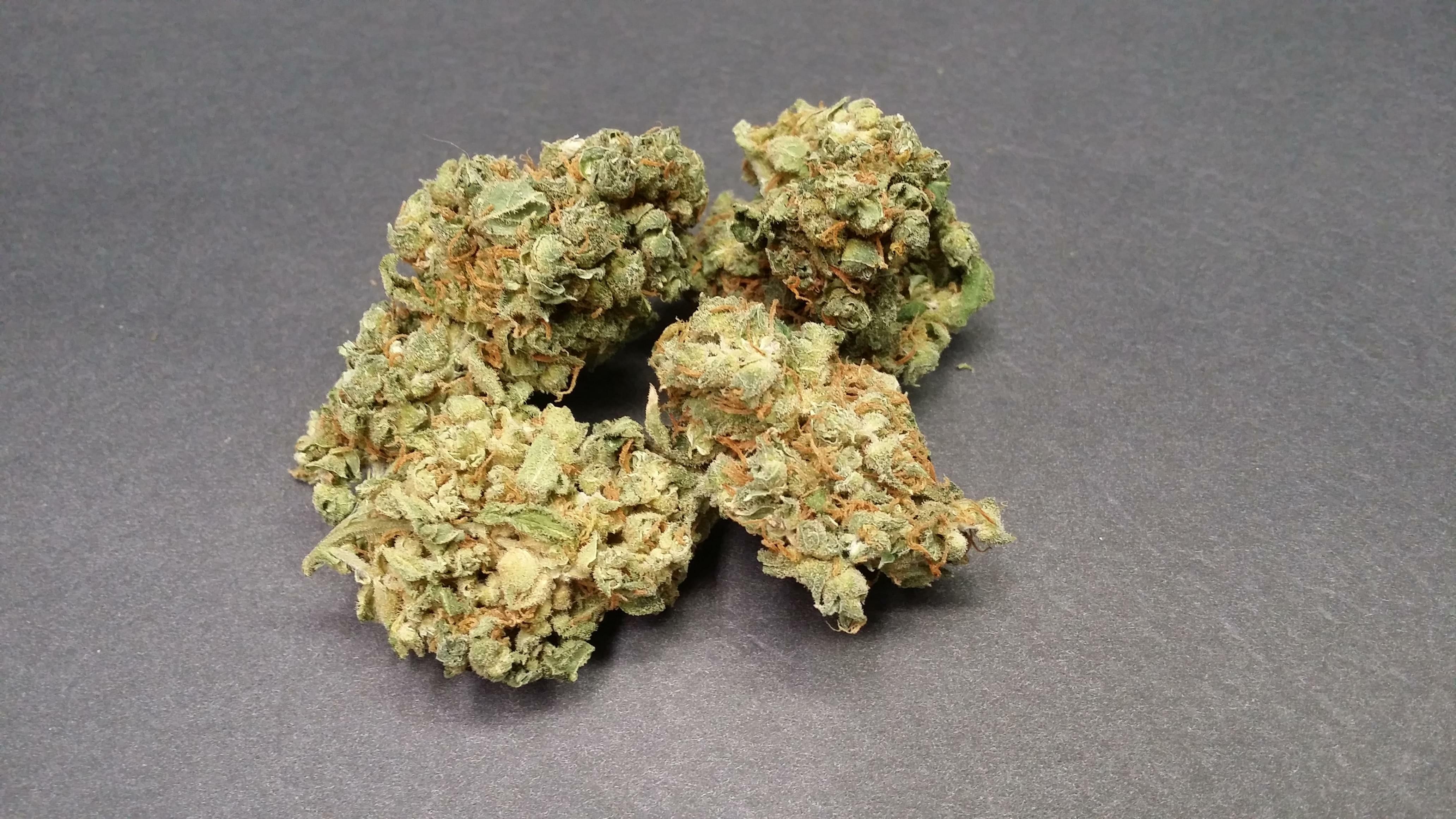 The White Widow marijuana strain is one of the more potent hybrid strains and has become famous around the world. Although this popular strain has gained notoriety in the cannabis world, its origins are a bit of a mystery. Many believe that it was first bred in the Netherlands in the 1990s by Shantibaba at Green House Seed Company. Its genetics are also a bit hazy, but is generally thought to be a cross between a Brazilian sativa and South Indian indica hybrid. Because White Widow is bred from landrace strains, it is easy to grow and quite robust with high yields. The White Widow strain gets its name from the plentiful frosty white trichomes on the buds. Not only is White Widow one of the best weed strains to grow, but it’s also become quite popular due to its mix of effects from both indicas and sativas. Most users feel the ease of stress and euphoric high first before the light body high begins, making it perfect for a social smoke sesh without the couch-lock. White widow usually lands between 15-20% THC, making it a medium-strong strain that won’t be overwhelming for most. This strain is also popular for medicinal purposes as it can help with muscle pain and anxiety. White Widow is quite aromatic with hints of sandalwood and earthy undertones. When smoked, White Widow has a fruity flavor with notes of pine and flowers. It also contains high levels of pinene, myrcene, and caryophyllene terpenes.